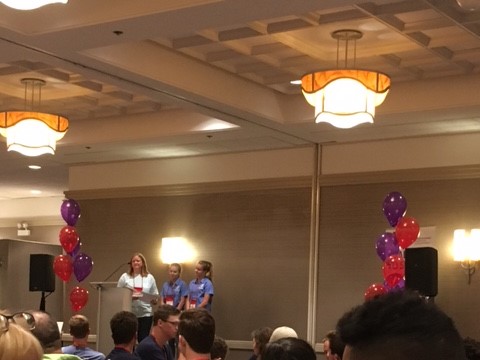 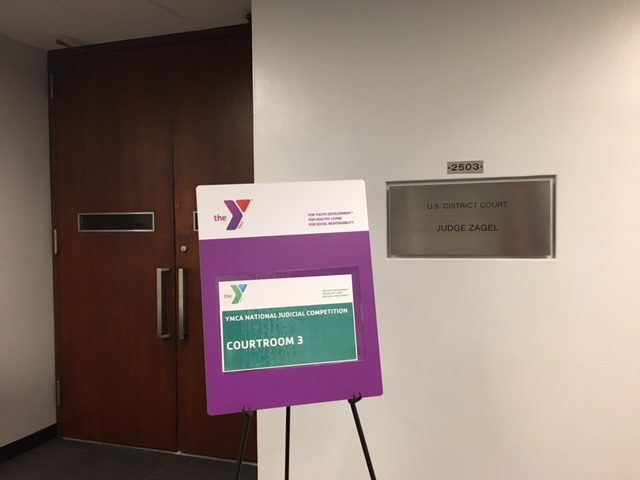 Hi from your Texas YG NJC delegates!  NJC kicked off last night with an opening ceremony that featured a Chicago-style improv show and Houston delegates Hannah and Ashley Kenison sharing the thought for the day. Students have now launched into their rounds of trials and hearings.  Delegates compete from 9:00 a.m.-5:30 p.m. today and from 9:00 a.m.-3:00 p.m. tomorrow.  We are proud of their hard work and dedication!  Our appellate court delegates are showing off their argumentation skills at the Everett McKinley Dirksen United States Courthouse while our trial court students practice the art of persuasion at the Chicago Bar Association. Stay tuned for more pictures and competition results tomorrow!  In the meantime, read on to learn more about the case at the center of the trial competition that our students know inside and out.  Student attorneys must be prepared to argue on behalf of either side.

(Adapted by the YMCA from a mock trial case created by the D.C. Street Law Project at Georgetown University Law Center)

The plaintiff: Ricki Jones, parent of Samuel Jones, is suing Metro City.  Samuel had leukemia and passed away on September 16, 2015 at the age of 24 after he drank Metro City tap water containing the parasite Pindia and contracted pindiatosis.  Metro City had been aware of the presence of Pindia in its tap water and its relationship to the city’s deteriorating pipes since October 2012.  Pindia levels reached the federal minimum health risk threshold of 300 per gallon of water in June 2015, prompting the Federal Water Safety Advisory to step in.  Pindia levels stabilized at 400 per gallon of water in August 2015, a level safe for general public consumption but potentially risky for people with compromised immune systems such as Samuel.  By September 15, 2015, Pindia levels had dropped to 278 per gallon of water as a result of the city’s chlorine flushing treatments.  Ricki Jones seeks slightly over $3 million in compensatory damages.

The defendant: Metro City complied with Federal Water Safety Advisory regulations, issuing a boil water advisory to residents in June 2015 and publicizing information about Pindia levels in a local newspaper.  The City Council also took the additional step of sending an extra notice about the Pindia levels to residents.  Metro City argues it should not be held strictly liable, one claim in Ricki Jones’ suit, because Pindia concentration never became unreasonably dangerous.  It also rejects Ricki Jones’ claim of negligence, arguing it heeded Federal Water Safety Advisory protocol to alert residents to the presence of Pindia and took reasonable measures to ensure public safety.

What do you make of this case?  We’re excited to see how our students tackle it!