As the 2022 race for Texas governor tightens, virtually all citizens and news outlets are focused on the two major candidates: Republican incumbent Gov. Greg Abbott, or his Democratic challenger, former Rep. Beto O’Rourke.

This is hardly surprising. Every Texas governor (and nearly every prominent US politician) since the 1860s has been either a Republican or Democrat. In most cases, they are seen as the only viable candidates, or at least the only ones with any chance of winning.

But often left out of the bigger conversation are the many third party candidates. Be it because of their often more radical ideals, their history of low support, or not having the backing of a major party, most of these campaigns are quiet, with many voters not even knowing the candidates until seeing them on the ballot.

In the 2022 election, the big third party gubernatorial candidates are Libertarian nominee Mark Tippetts and Green Party candidate Delilah Barrios. Neither party has ever elected a governor in any state.

Tippetts, a Lago Vista city councilman and the 2018 Libertarian governor candidate, holds close to the party’s ultra-conservative views, in his words the “maximum protection of the rights of all people against any violation”. This includes reformed immigration policy, cutting taxes, and lower restrictions on marijuana and 2nd amendment rights. The Green Party candidate, Delilah Barrios, lands on the opposite side of the political spectrum. A surgical technician and working class mom, she advocates for social and income equality, healthcare access, and environmental justice, in line with her party’s liberal attitude.

Thus far, Tippetts has made a slightly bigger push for the office, with more financial support, media coverage, and a web store. However, that won’t seem to matter. In a recent UT Austin poll, both received 2% support, far behind Abbott’s 45% and O’Rourke’s 40%.

In addition, neither third party candidates were invited to the sole gubernatorial debate in September.

While most Americans today stick to the traditional Republican v. Democrat format, third party candidates have a better chance to shake up the landscape with a new, informed generation of young voters. 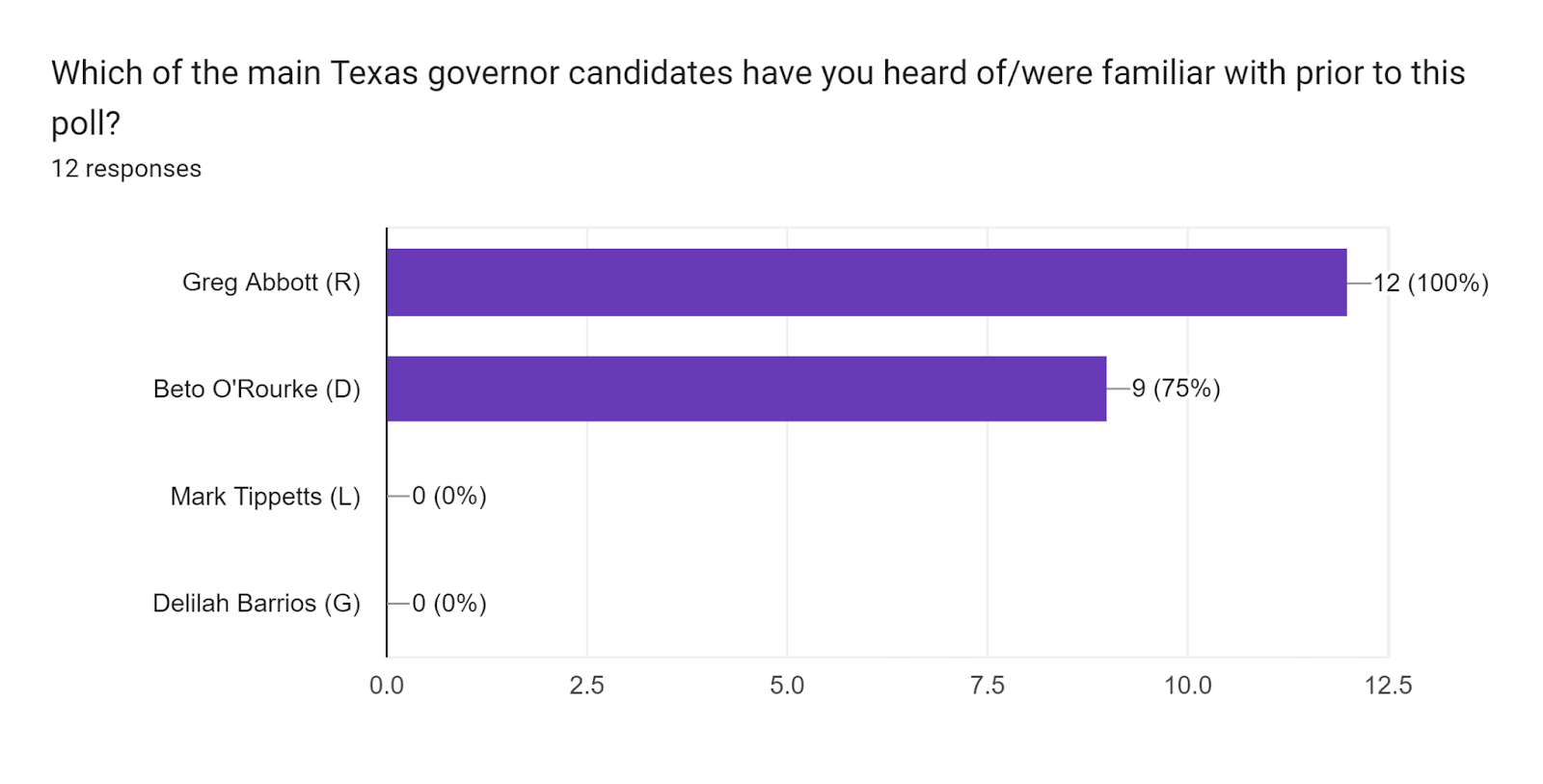 In a poll of Texas YMCA Youth and Government students, none were familiar with the major third party candidates.