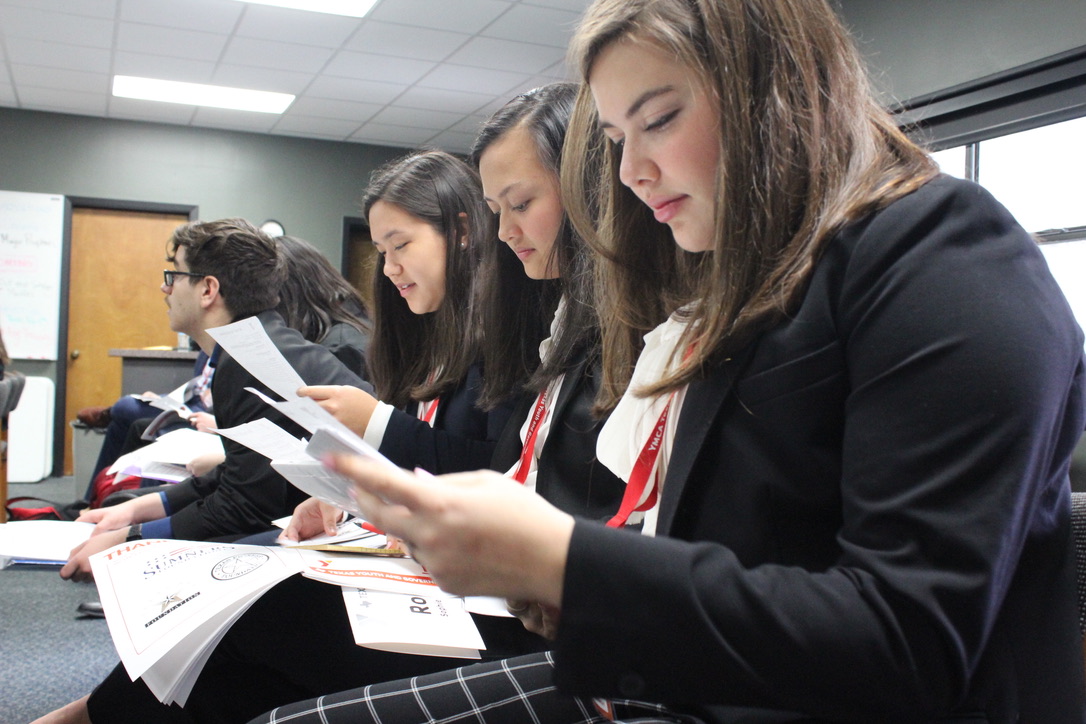 Delegates Bella Tiscareño, Sophie Robertson, and Rachel Sobolevitch organize papers before introducing their proposal about the necessity of sexual education in high schools. This was the team’s second time competing in the State Affairs Forums. 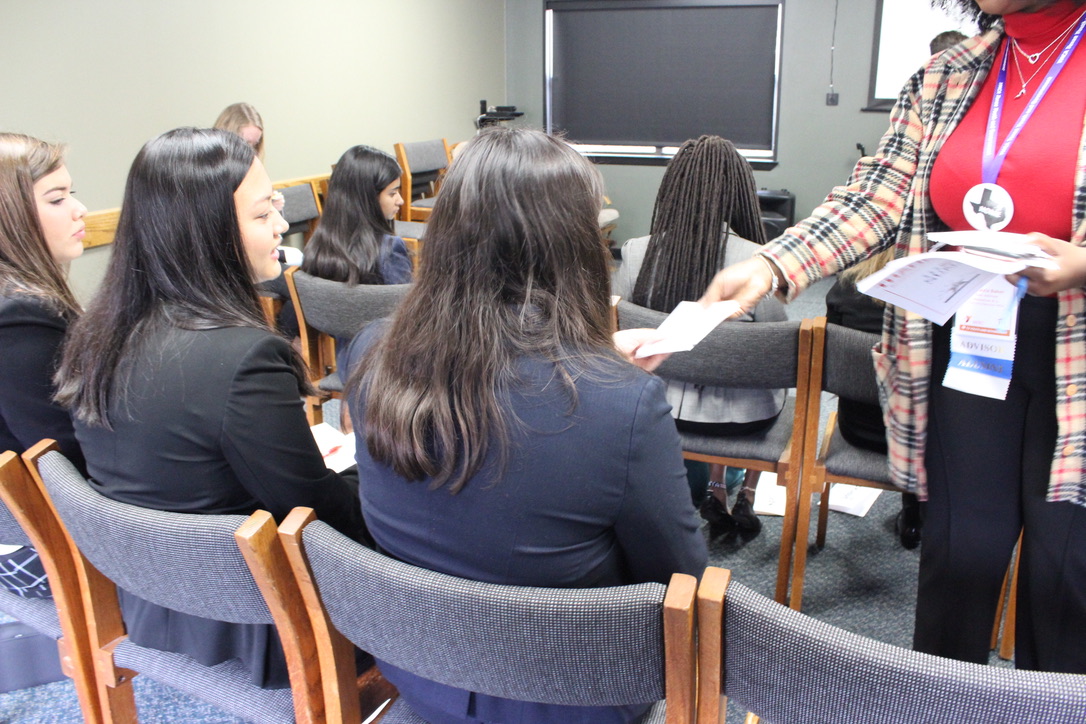 Before the first proposal, the delegates were given evaluation forms to fill out after every proposal in order to give constructive feedback and criticism of why or why not they think a fellow delegate’s proposal should be passed. 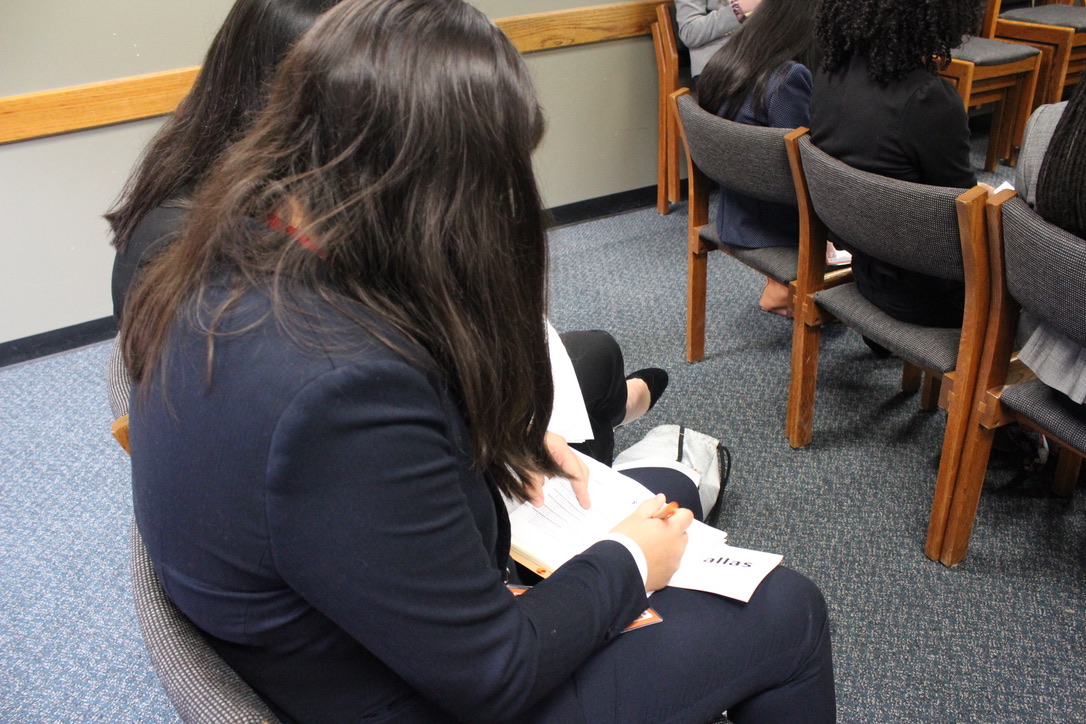 Delegate Bella Tiscareño peer reviews Delegate Rachel Sobolevitch’s notes about the opening statement. The team is excited to continue introducing their proposal to people. Delegate Tiscareño states, “I am passionate about this proposal and I think it is very relevant in society today,” as they conclude their statements about their proposal. 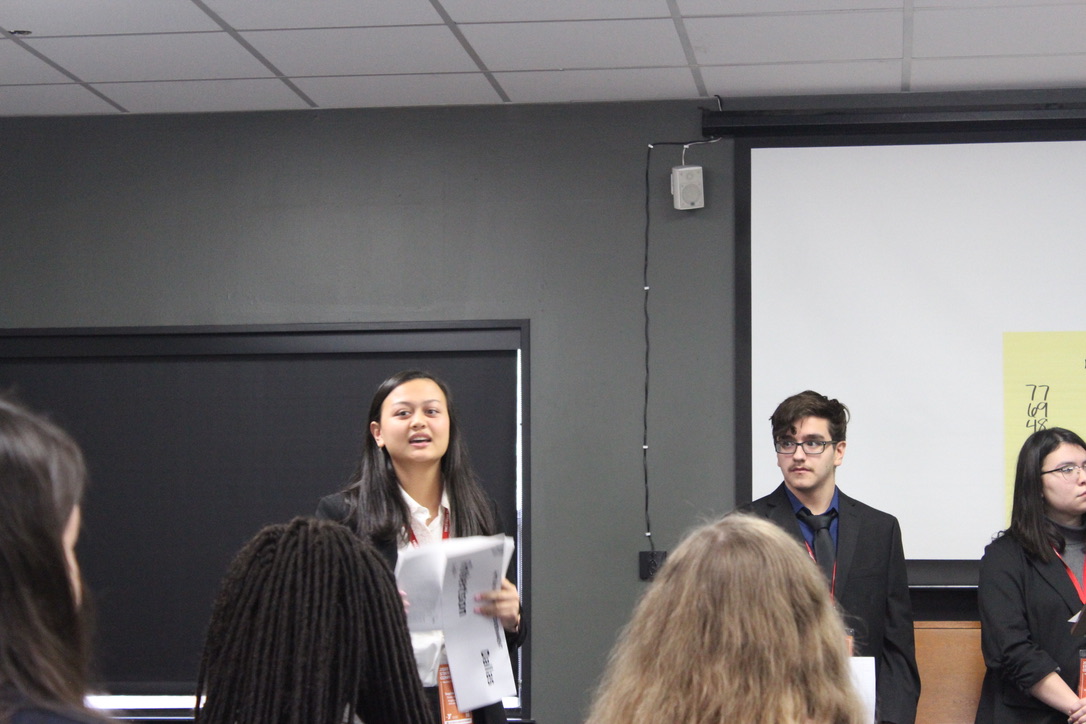 Delegate Sophie Robertson rises to speak con on the first proposal for the authors Delegate Rodolfo Rios and Delegate Lacy Williams. Delegate Robertson stated valuable claims, which were used in the closing summation. 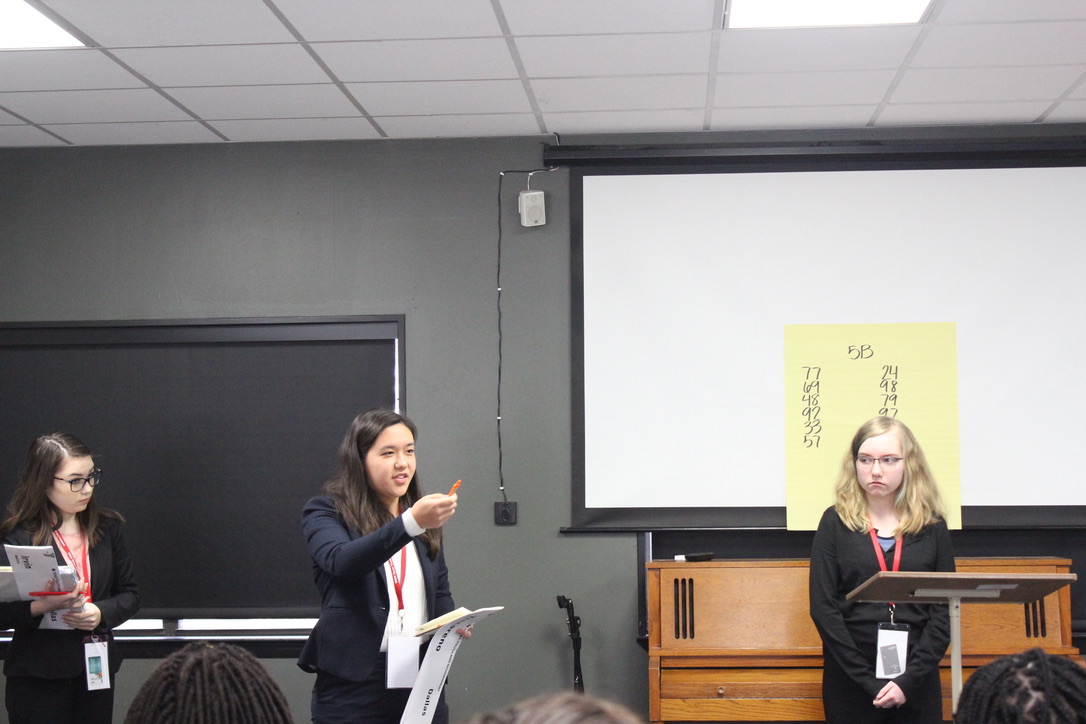 Delegate Bella Tiscareño, speaks against the second proposal from the author Emily Underwood, regarding the legalization of mitochondria replacement. Delegate Tiscareño claims “mitochondrial replacement needs to be illegal as it is immoral”. Delegate Irvin also spoke con to this proposal. 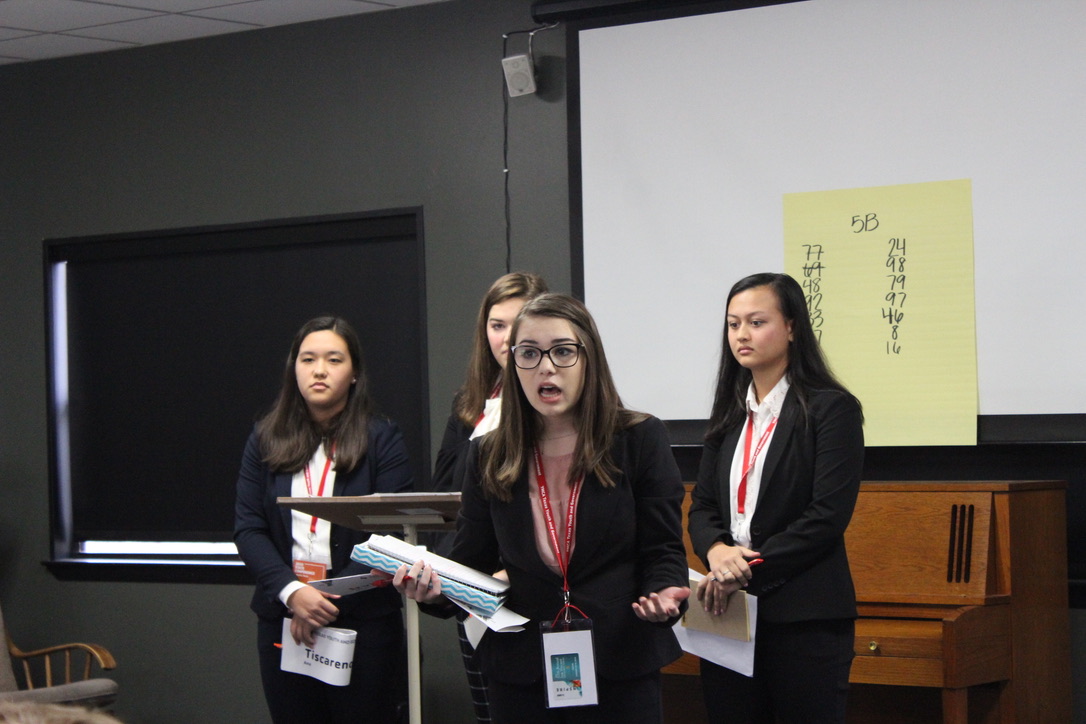 Delegate Maddison Irvin rises to speak pro on Delegates Tiscareño, Sobolevitch, and Robertson’s proposal. Delegate Irvin states the importance of this proposal to vote pro, which helped the Delegates, because they were able to use her viewpoint, to their advantage in their closing statement. 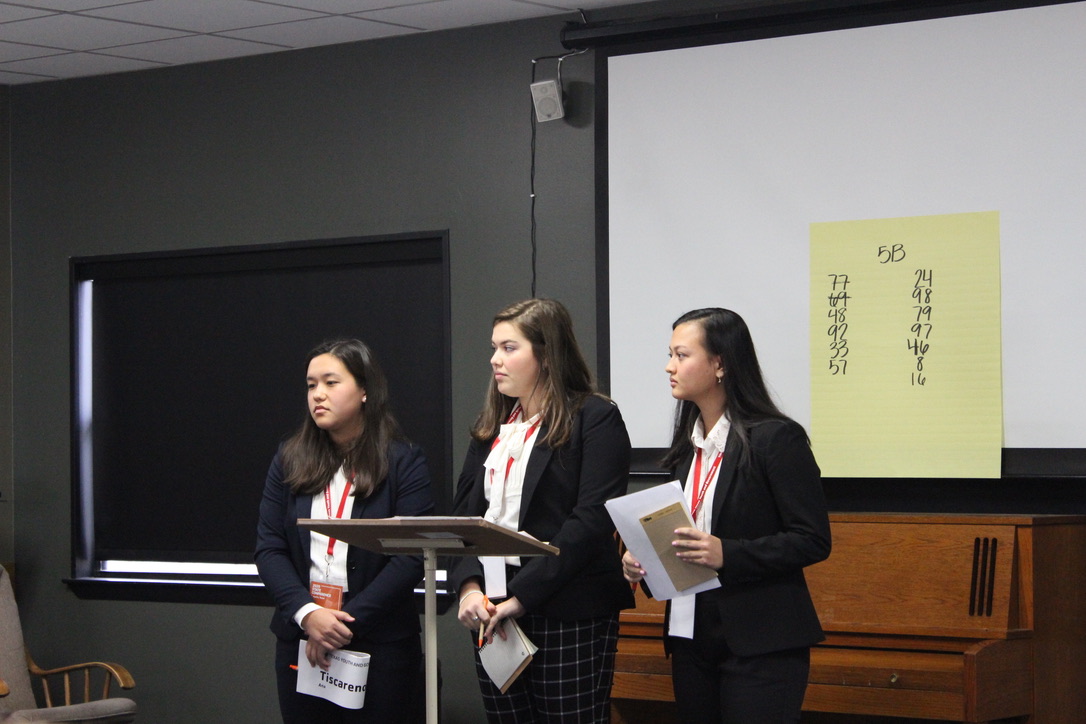 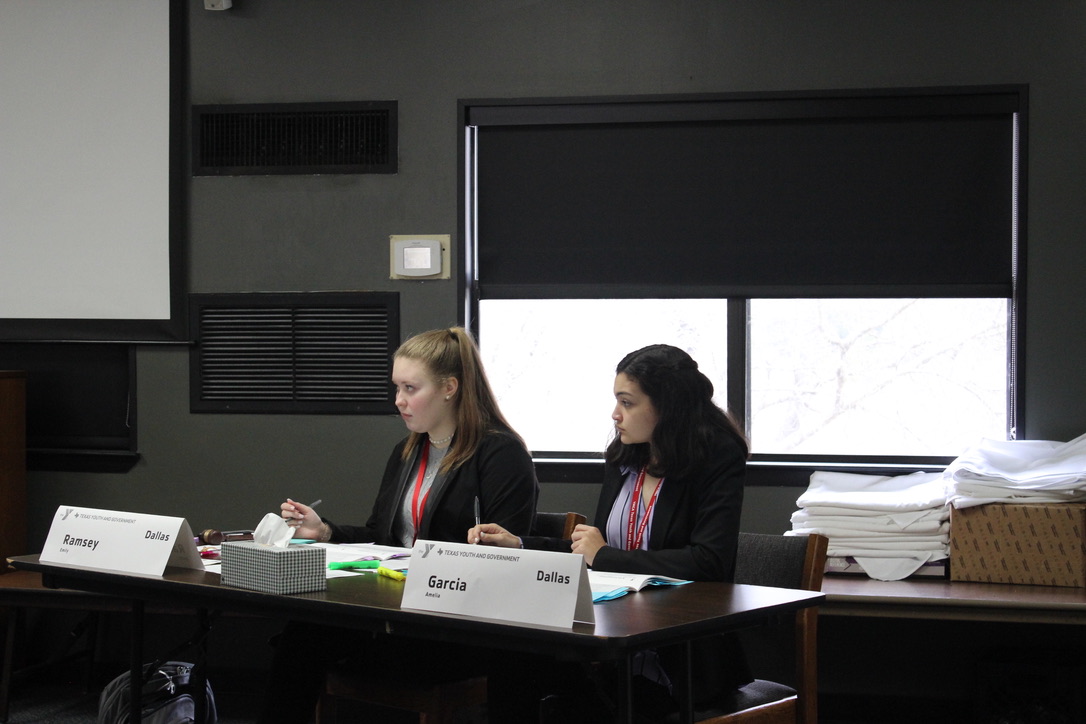 Chair Emily Ramsey and Chair Amelia Garcia, sat at the front of the room, keeping time and order to run the proposals smoothly. Understanding the time constraint, appropatly cutting delegates off and mandating the pro/con period of debate from two rounds to one round. 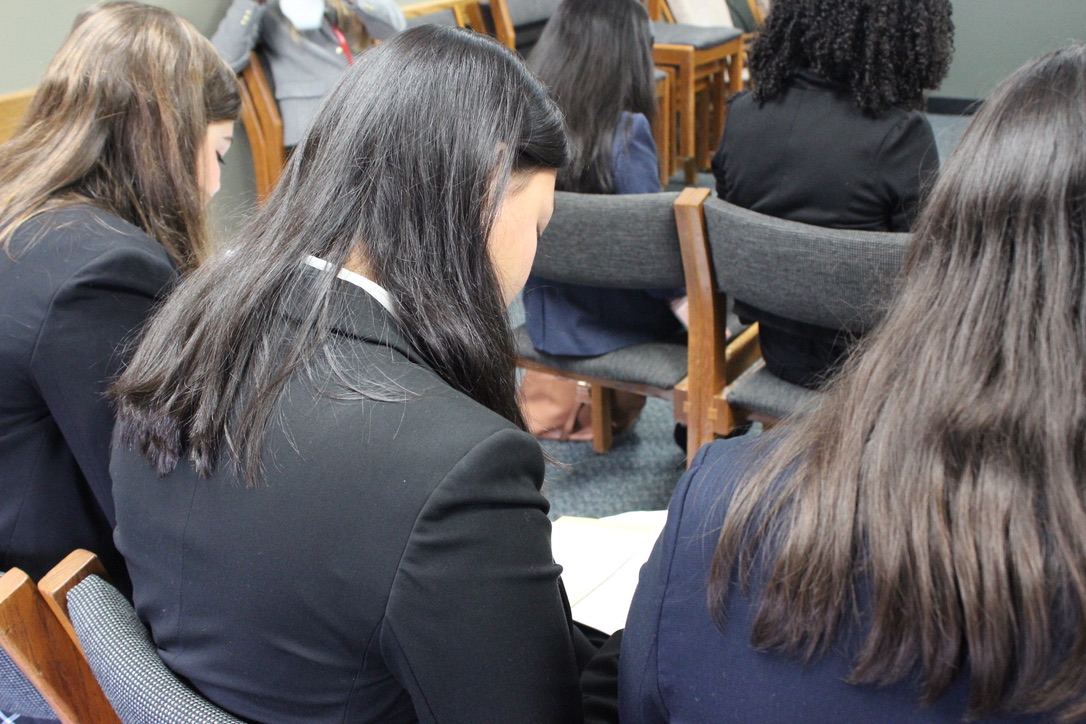 During a five minute recess, delegates read over upcoming proposals, and jot down quick notes helping to decide whether to vote pro or con. Delegate Robertson said, “I enjoy listening to everyone else’s proposal because I think it is very informative and I learned a lot today.” 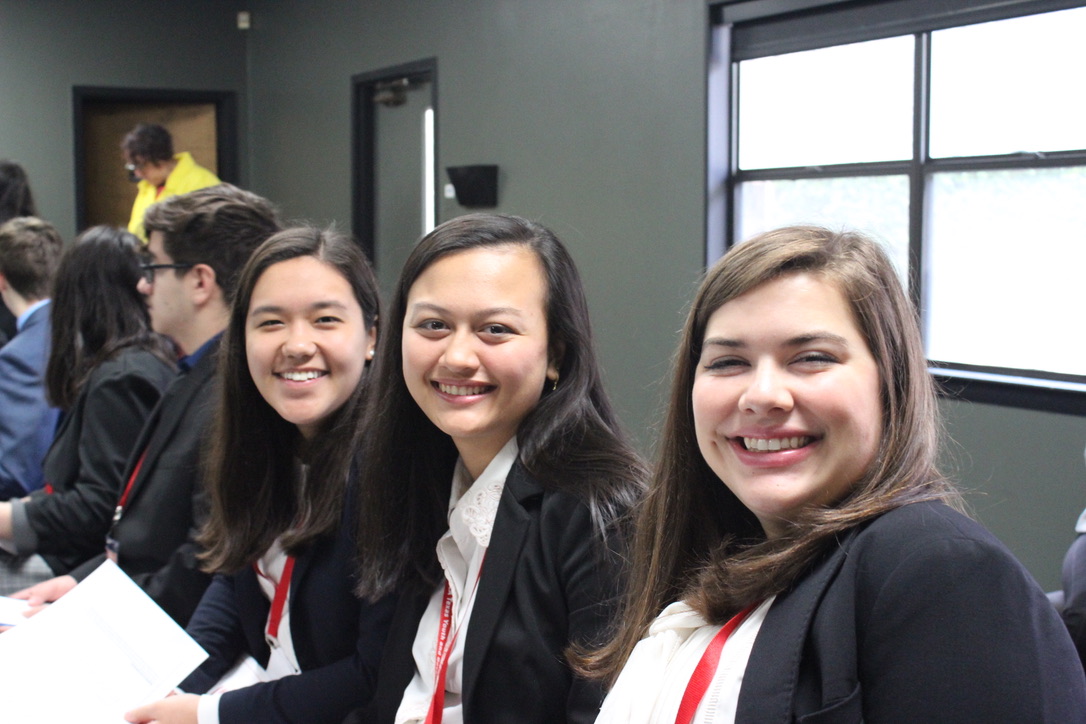 Delegates Tiscareño, Robertson, and Sobolevitch smiling after introducing their proposal. The team was able to defend their proposal through many tough questions. Afterwords, Delegate Sobolevitch said, “I was pretty nervous for the question period time but I was confident we could defend ourselves.” This was the teams first ever Youth and Government State conference participating in State Affairs. 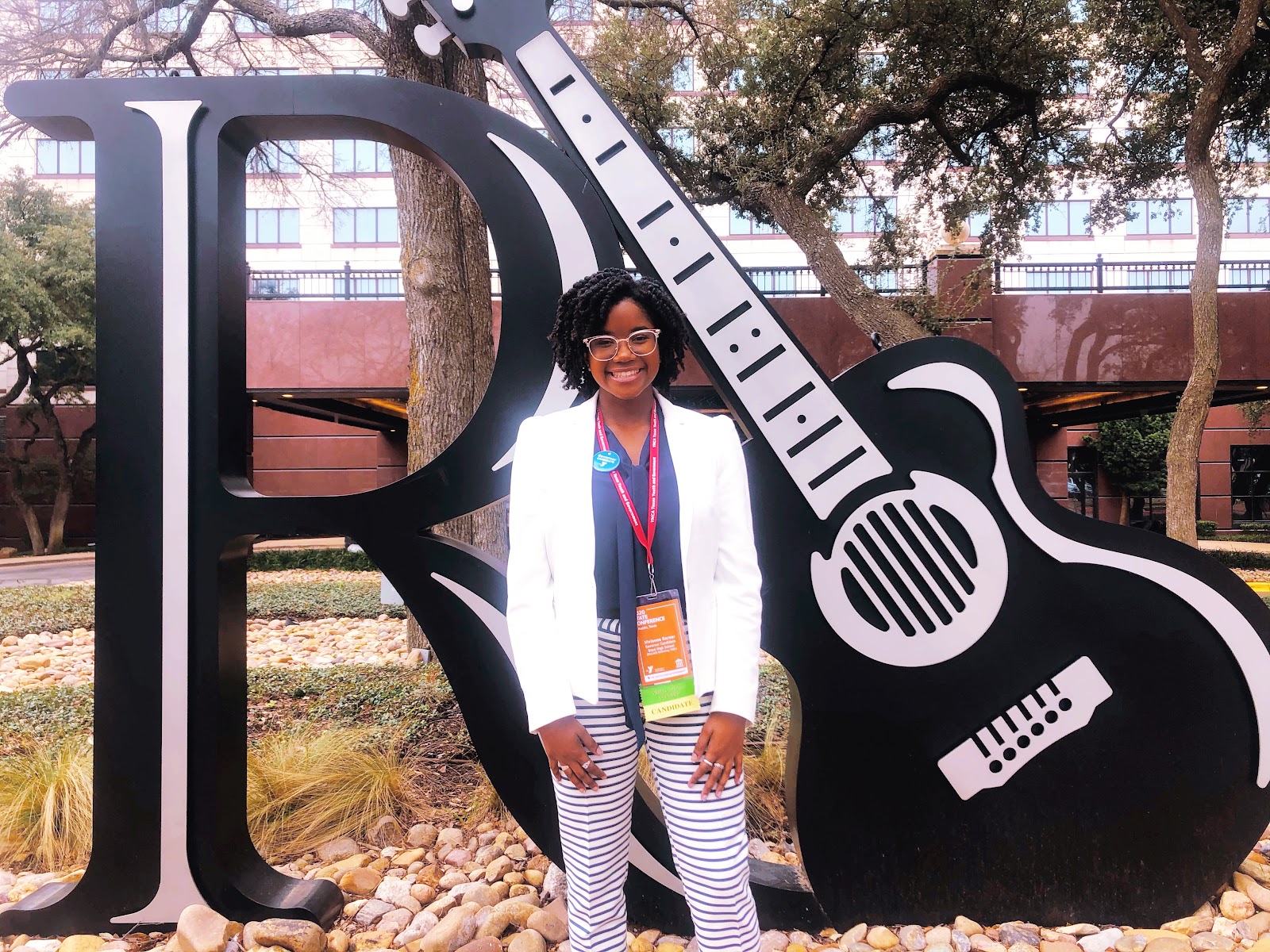 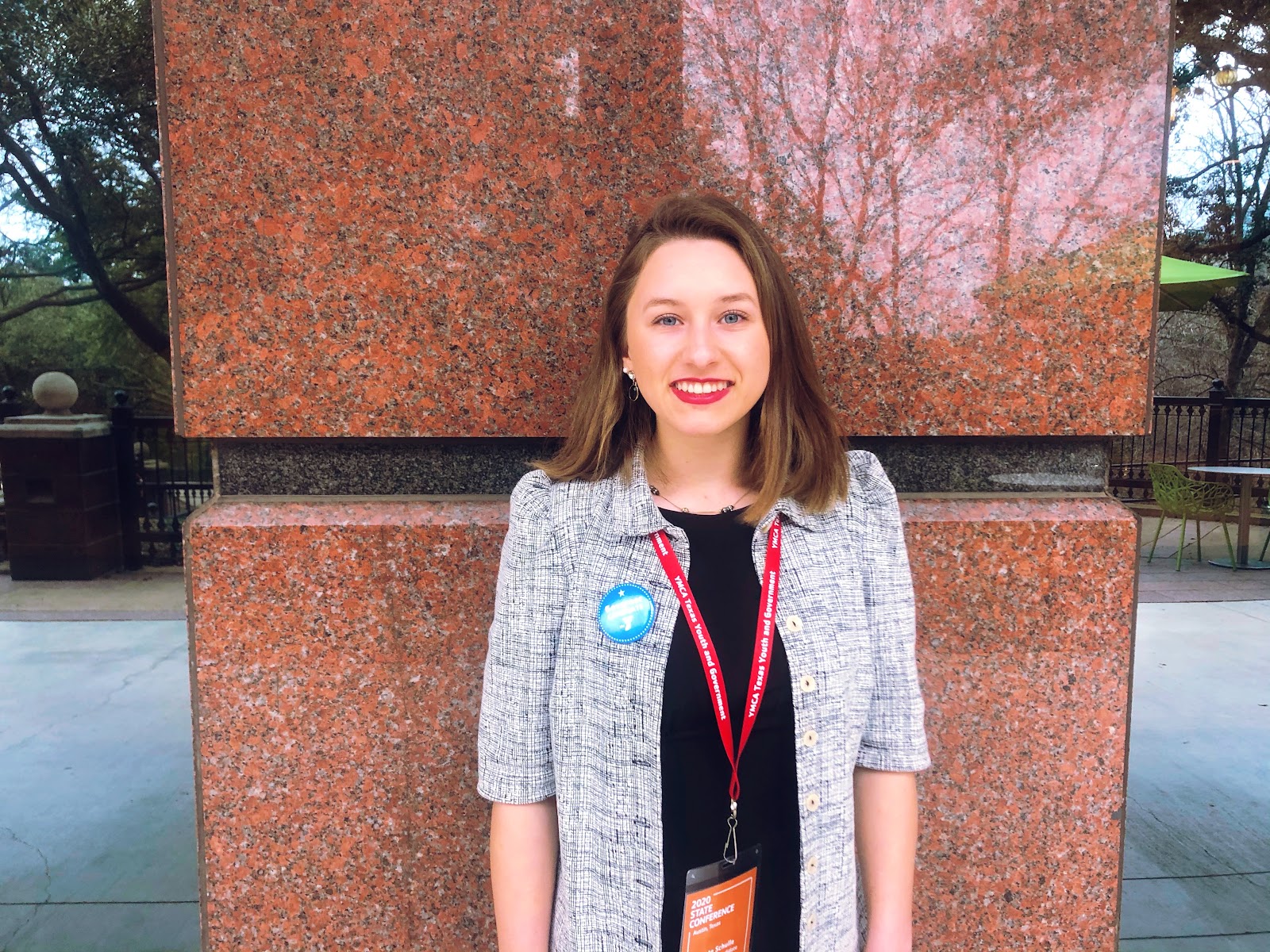 Kate Schulle is running to be your 74th Youth Governor. Schulle whole-heartedly loves her experience with Youth and Government and is running to reverse the hierarchy, putting the power back into the hands of the delegates. By advocating for stronger coordination, greater access to resources, and more time to prepare, Schulle plans to improve the efficiency of the program and growth of all participants. There’s no debate, vote for Kate!