The legacy of Youth and Government leaders.

The legacy of Youth and Government leaders. 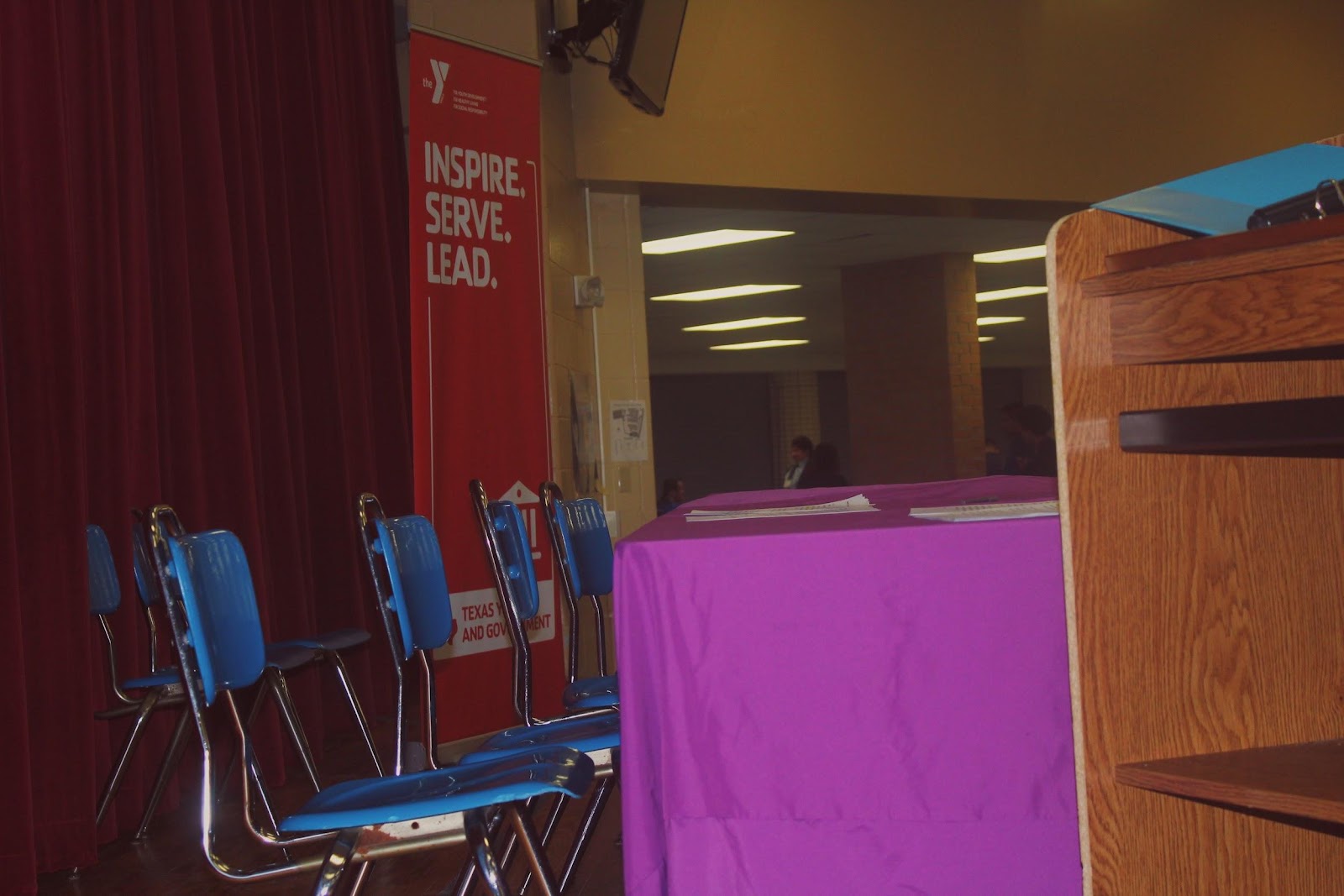 “Democracy must be learned by each generation.” – Dr. Earle T. Hawkins

(Adopted to be the Youth and Government motto by, Clement “Pete” Duran)

The Program, now known as YAG, YMCA Youth and Government was originally established in 1936 in New York. However the Texas Youth and Government program did not follow far behind, being implemented in 1946.  Since then this program, run by the YMCAs across america has spread to 37 states. The goal of this program was originally simply to educate but to many it has become a home, a place of expression where you feel truly heard. Despite tight elections for many categories and a wide variety of differentiating ideas, the Core values established by the YMCA, “Inspire, Serve, Lead”, remain constant through most. The people within this program have been taught to respect democracy as well as others, which creates the kind, understanding atmosphere many saw today in our 2019 annual district conference. 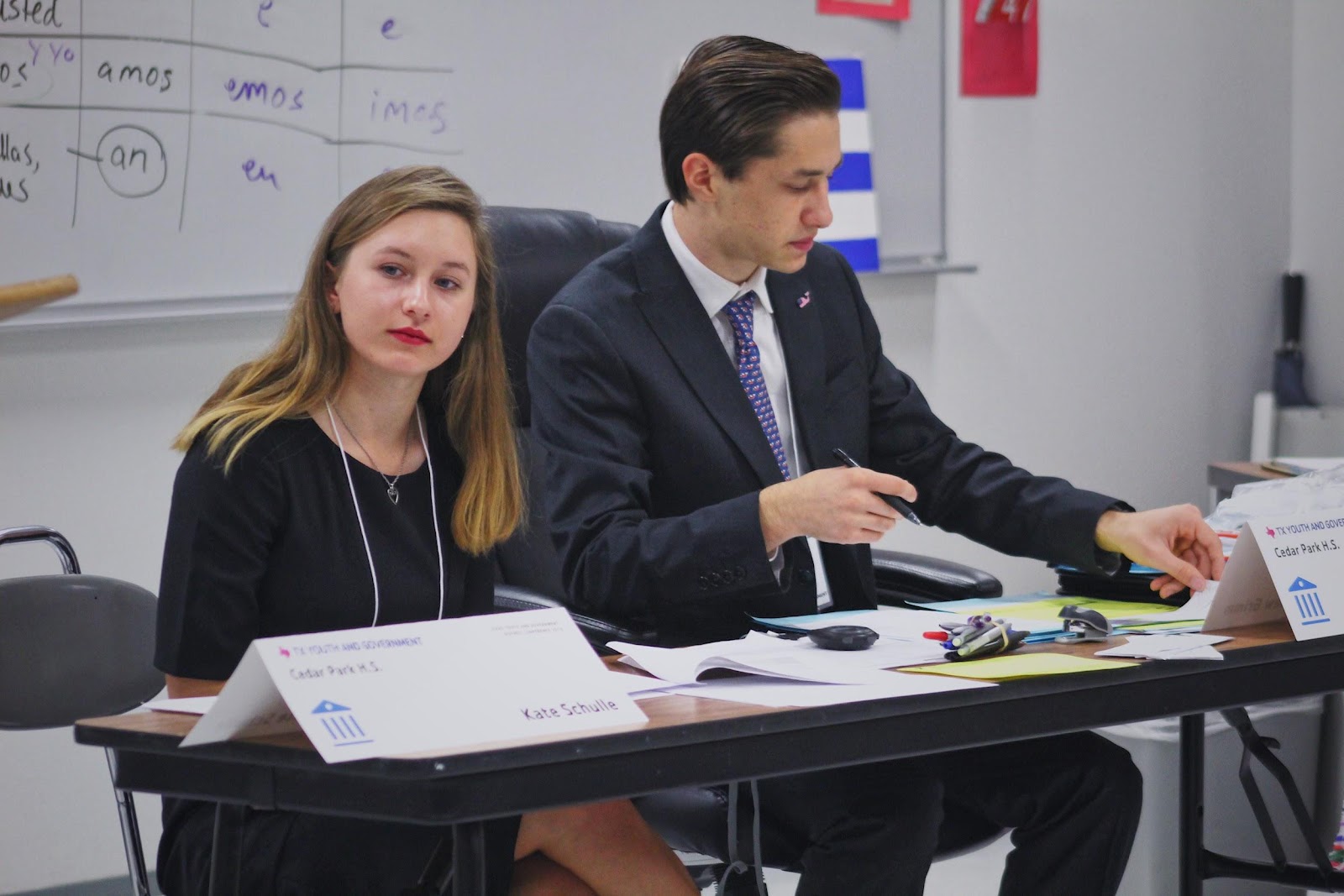 Kate Schuller, 11, cedar park delegation is currently in the running to become the 2019/2020 Texas Youth and Government Governor. When asked if she could come up with one sentence that encompasses her entire campaign she responded with “Efficiency with Schulle.” afterwards, she elaborated by adding  that her wish is bigger than herself or her fellow generation of Youth and Government delegates. “It’s creating a program [YAG] that is both efficient and effective.” she continued to describe how after listening to the community, what she noticed most was the grievances that Texas Youth and Government as a program, isn’t efficient with their time or training in various roles. Overall she said being Governor is “so much more than a title, it’s mostly creating a better program from the voices of every delegate.” 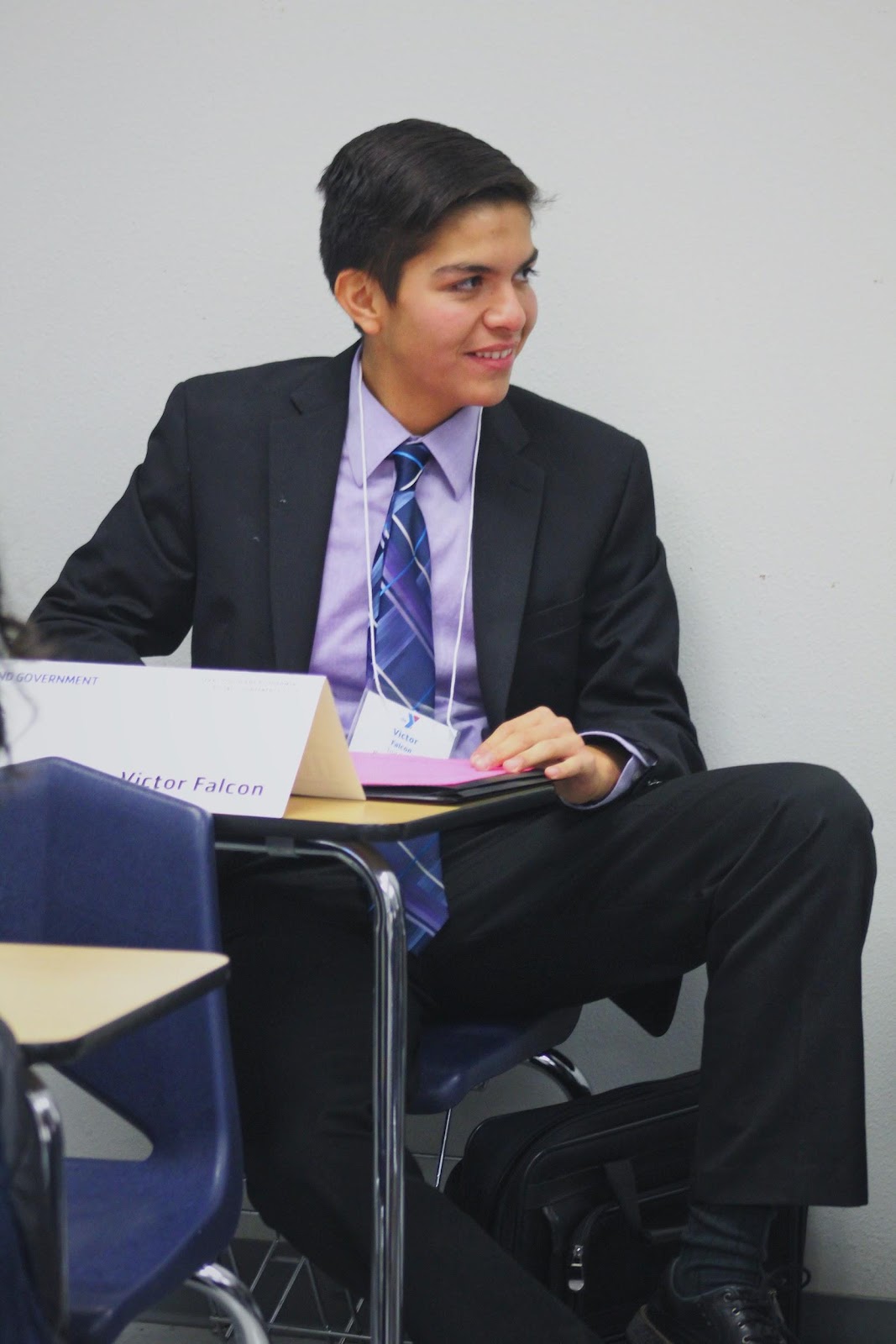 “Exclusion is the opposite of what we stand for” -Victor Falcon

Another candidate for the 2019/2020 Governor election is Victor Falcon, 11, Hays High school Delegation. When asked why he decided to run for Youth Governor, Victor simply stated, “For me, the driving force was the people who came to our club and wanted to join but became discouraged by either personal factors or timing issues.” he used this statement to elaborate on the fact that his most pressing concern for the program is to create more than just two events for delegates to compete, “allowing more time for people to hear about the program and try it out.” said Victor. After joining Youth and Government in the 2017-2018 year he said that the biggest changes he noticed within himself was that the program  “opened [him] up to new views and helped [him] become a better public speaker because I was allowed to learn from my mistakes by experience, i want that for others.” He described the YAG program as his light through the dark and mostly expressed his needs as a means of allowing more people to gain the self-growth that he’s attained through the past few years. 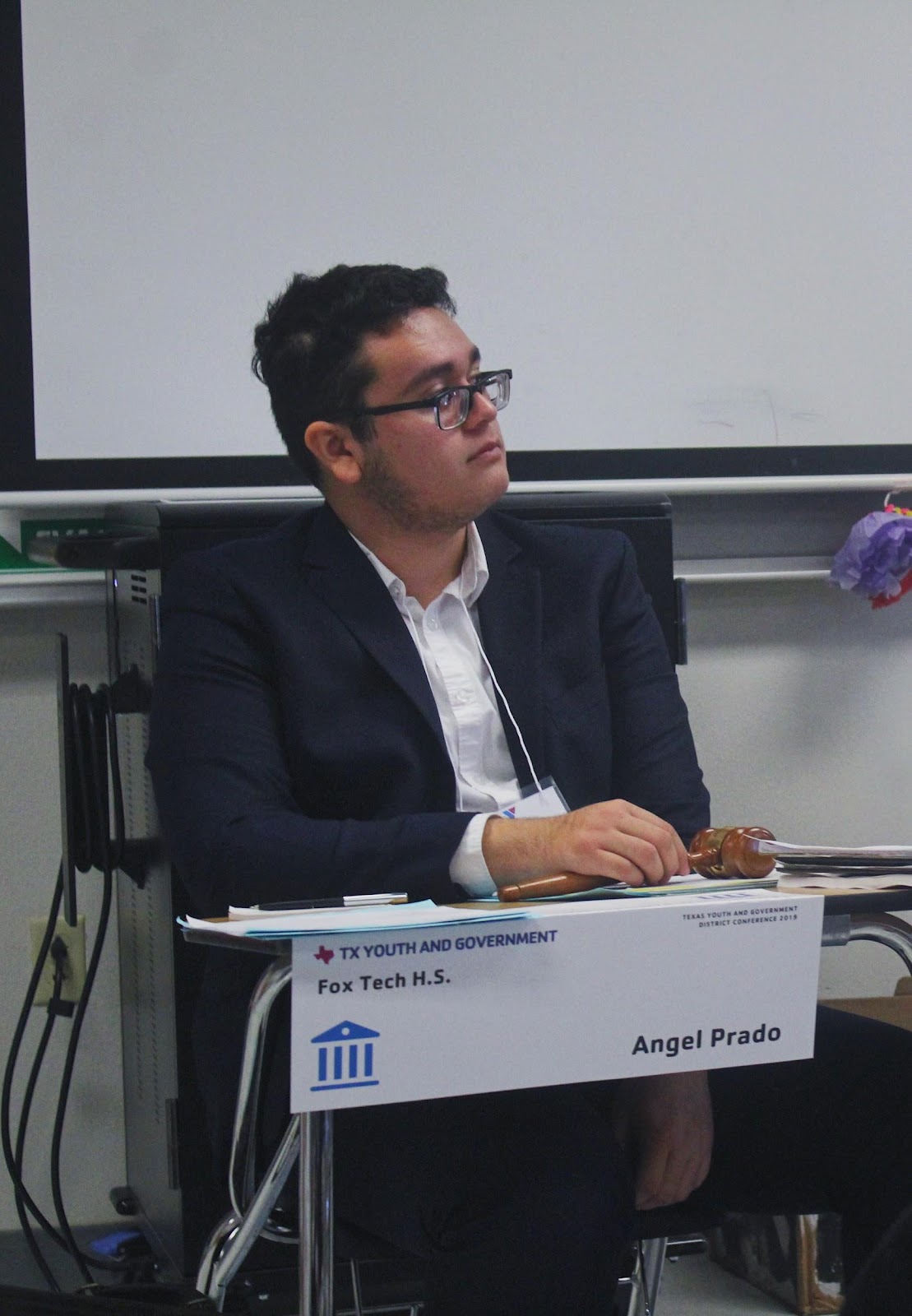 The Third and final candidate for this years governor election is Angel Prado, 11, Fox Tech Delegation. Expressed that if there is one thing he wants to express within Youth and Government its that “Our government is not dead.” He continued on to discuss how he can see the mistrust of the Government to the people and explains that the polls and the lack of movements both for and against politics in texas is a concern of his. Angel concluded his desires with one simple phrase, “I’m trying to encourage change in the world and for me, that starts with YAG.” 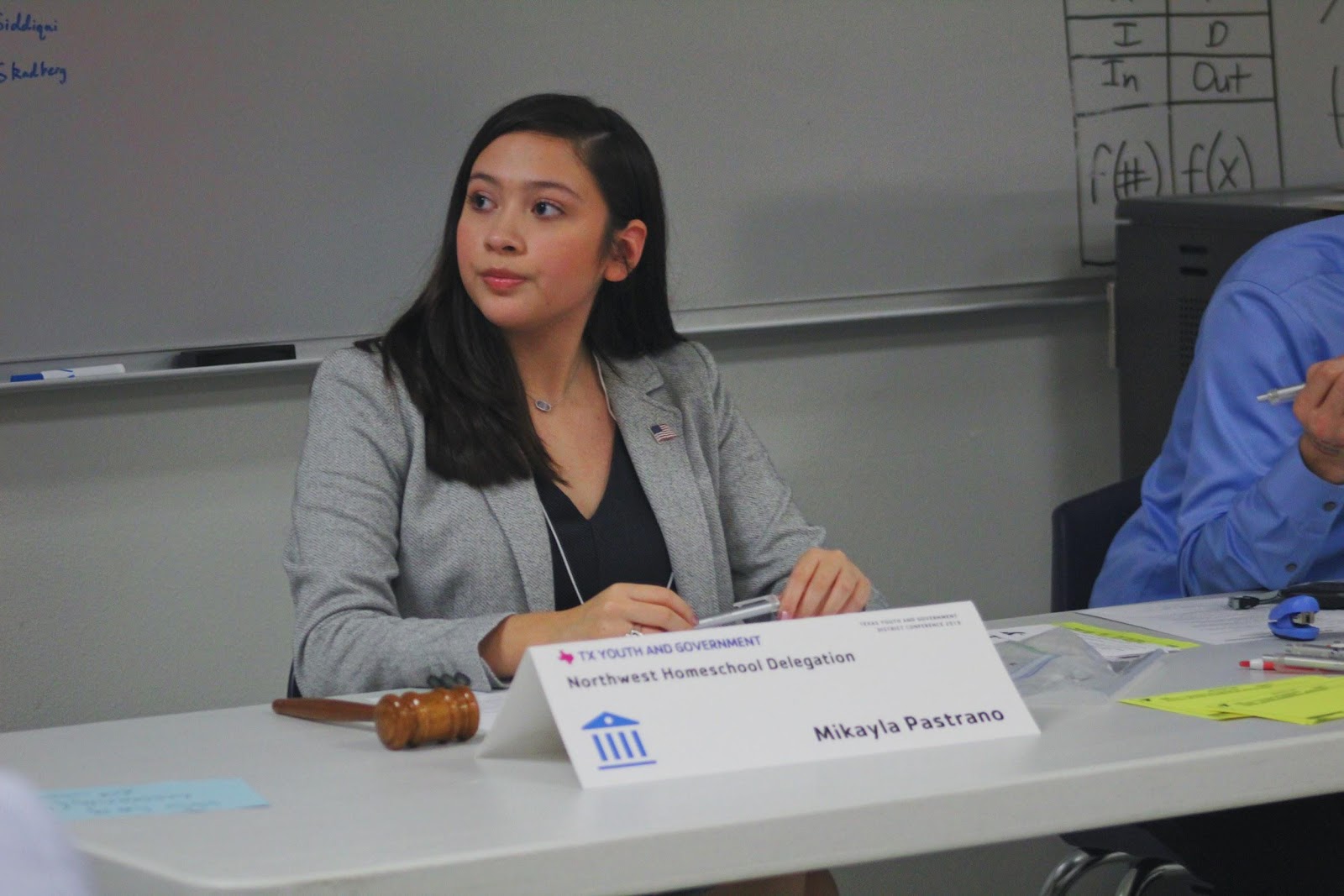 The past lives on

There are other positions up for election this year besides YAG governor. For instance, this is Mikayla Pastrano, and she is running for Speaker of the house. When asked why she decided to run for speaker of the house she explained to me that she goes by the motto, “if you’re too big to serve, you’re too small to lead.” after which, she related the role of Speaker of the house to “serving the house as a vessel by maintaining the order.” Her opinion on the role was that it’s commonly misinterpreted to be “a leader position” but stated that she feels it’s mostly her just “serving the Youth and Government community.” Within her experience of serving under the Governor’s cabinet last year she realized “People can come in with completely opposite bills and still ultimately be unified by their respect for our system, which is definitely something I would love to help grow.” 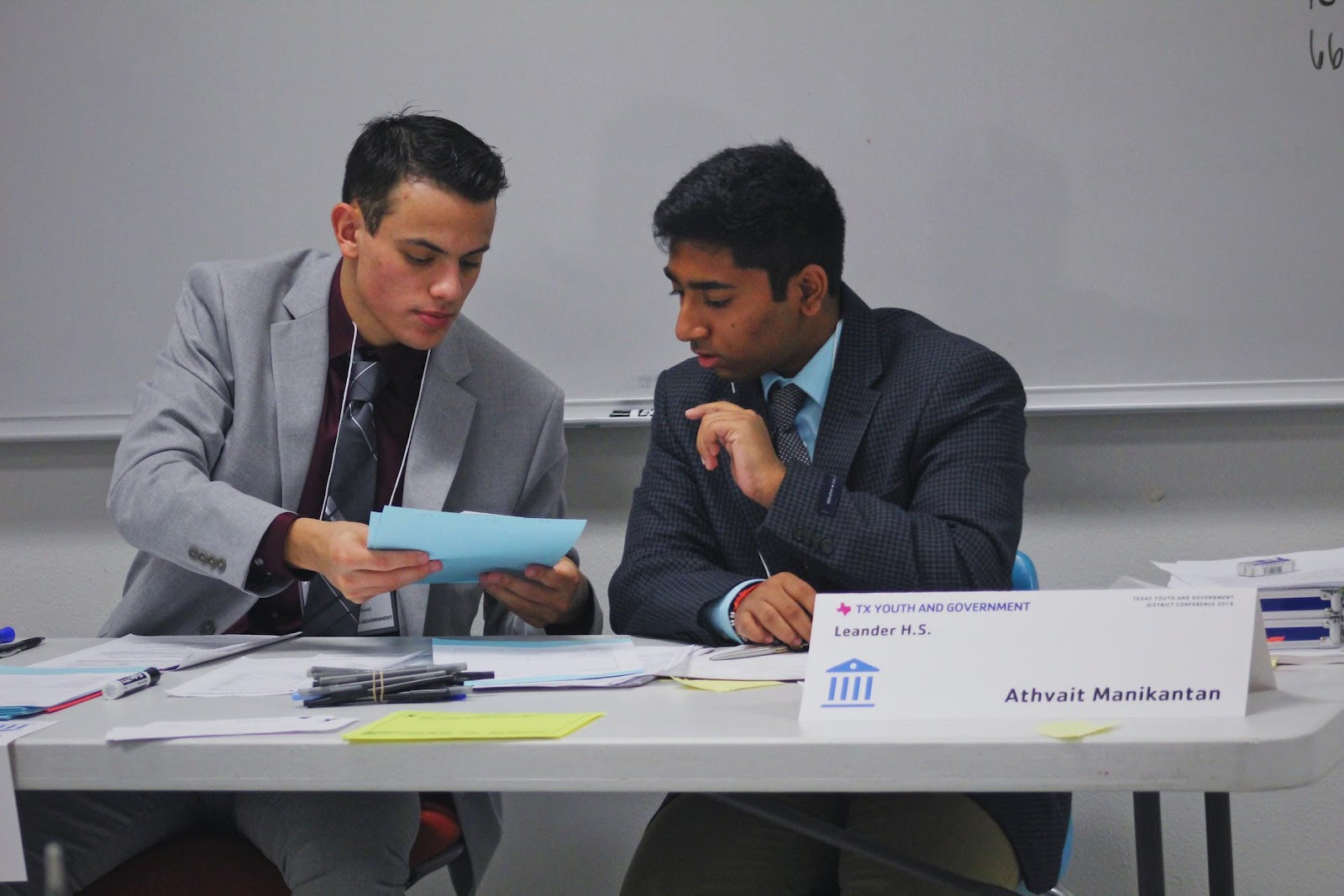 Change, in the present

Amond Daherkar, 11, Vista Ridge Delegation, is Mikayla’s opposition for this years speaker of the house. When explaining his motives for running, Amond took a slightly different approach and explained how last year he found flaws and inefficiencies which is what sparked his inspiration. He stressed that he wants to change things now, he wants to fix the flaws in the present before they become long lasting.  Amond said that if there’s one thing he wished people fully understood about him is that, “I’m not here to waste your time.” He went on to explain how he felt that a lot of candidates he’s seen appear to lead with “false promises, that don’t ever change.” I’m here to create a “stronger community built upon real promises.” and that’s what he feels means the most when considering leadership roles. 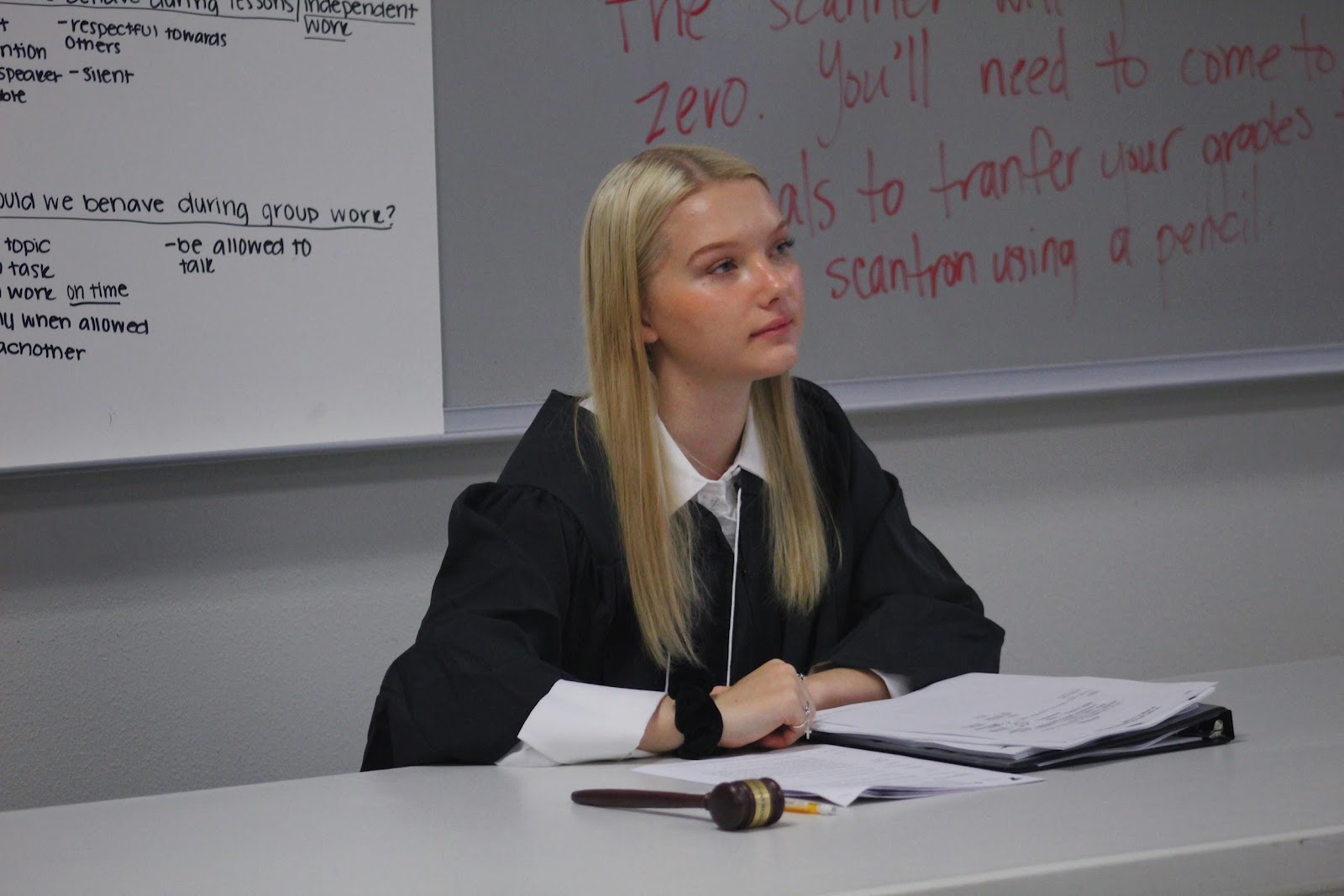 Maia Vollbrecht, 11, With the Hays High School Delegation, is the only delegate running for Chief Justice this year within District 2 of YAG. However that doesn’t mean she has less to say. She explained to me that Youth and Government showed her “the impact that can be made from speaking out” and elaborated on that idea with the thought that, “This program teaches me things school refuses to. It opened up a whole new world once I finally started to understand the structure and function of the government around me.” The reasoning she gave me when asked about why she chose to run for chief justice was accompanied by a sentimental statement. Maia explained how she was “inspired by the other elected officials [she] met last year at state.” And that she “Really wanted to be like them, They cared so much about meeting everyone and helping them improve, it didn’t feel like they were just doing their job.” she also continued on to explain that she hopes to be that kind of a role model for younger delegates with this position. 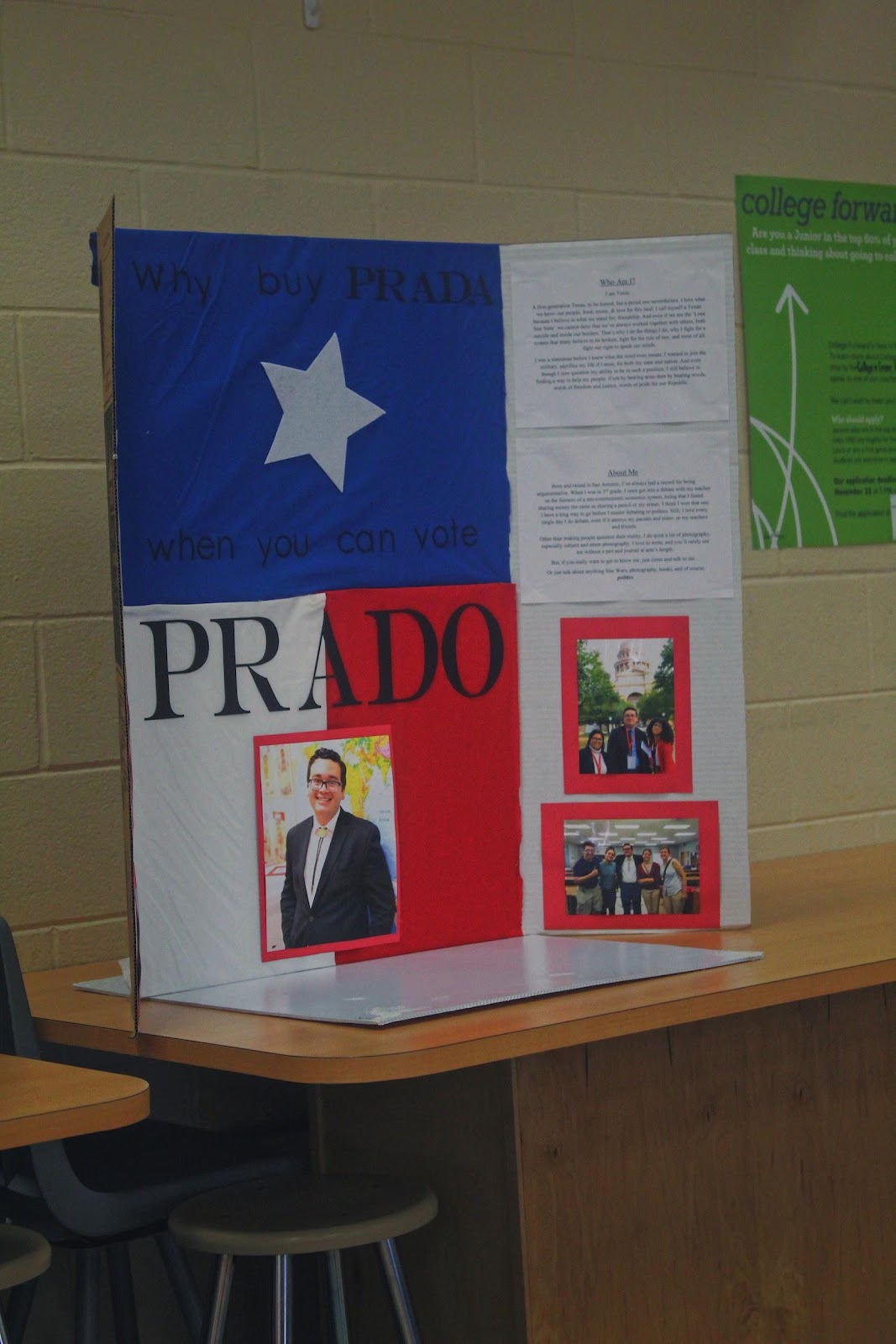 As shown, each candidate that applies for a position within YAG, seems to have drive behind them that causes them to want to create change and continue improving the Youth and Government legacy. Behind each of these individuals is someone who understands that they can make a difference but also that they are not the only ones who can. When each governor candidate was confronted with the question of “Do you respect your fellow candidates?” all of them immediately said yes. Said in different ways, they each agreed that their opponents all had something to bring to the table and that overall they’re just happy to be apart of this “Family” as each of them called it. They understand that democracy is the voice of the people and within the peoples voices is their wants. 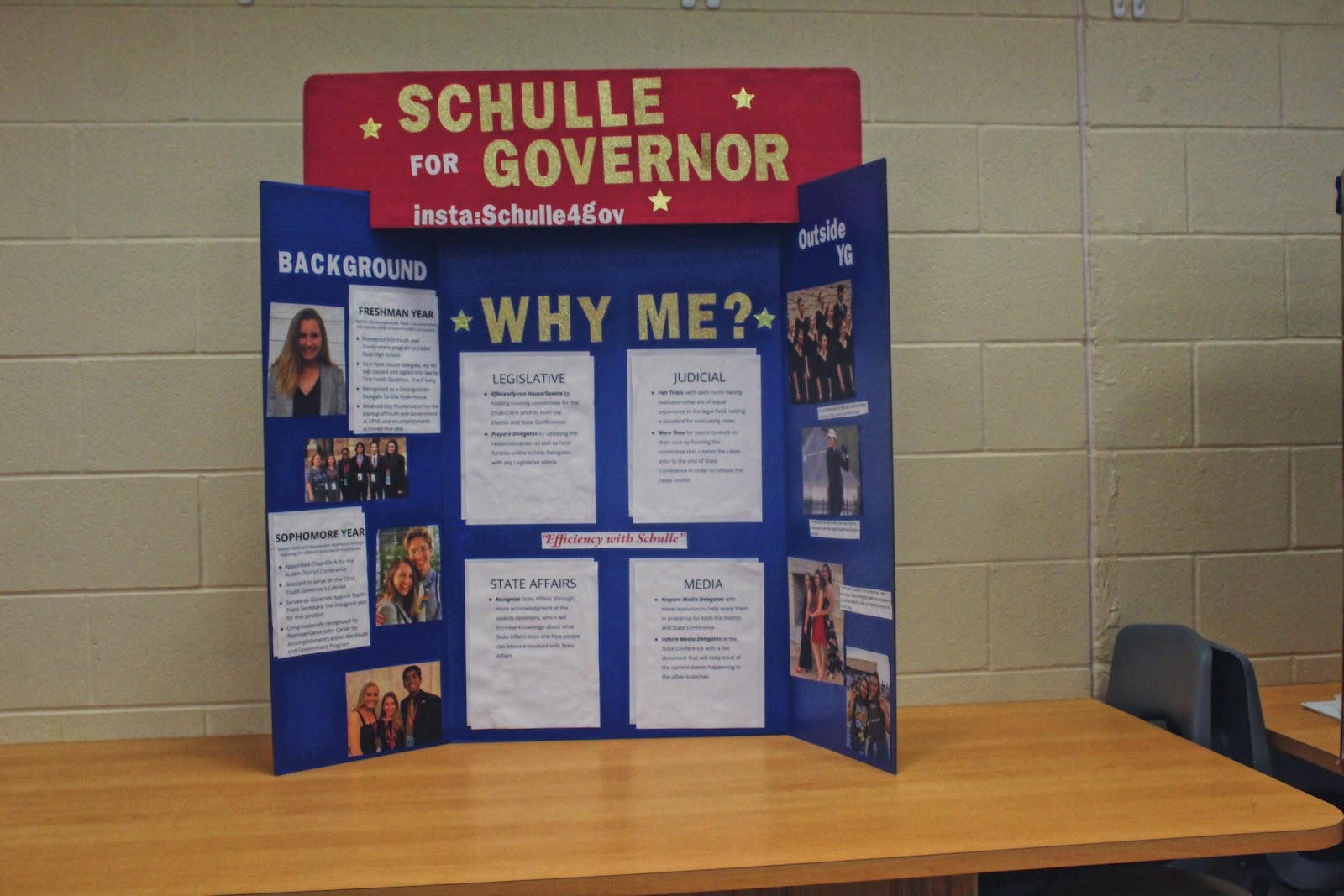 Tied together with a bow

Within this year’s District conference ive learned more about the connected-ness of this community than I ever thought was possible. Every candidate I interviewed expressed how they “just want to give their people a voice.” (Kate Schulle, 11, Cedar Park Delegation). The Foundation of this group was built with such strong principles that even after over 70 years. The core values of the YMCA, are still the most important values to this generation of leaders. They each want to make the world a little better place, maybe in different ways, however their hearts are in it just the same across the board. 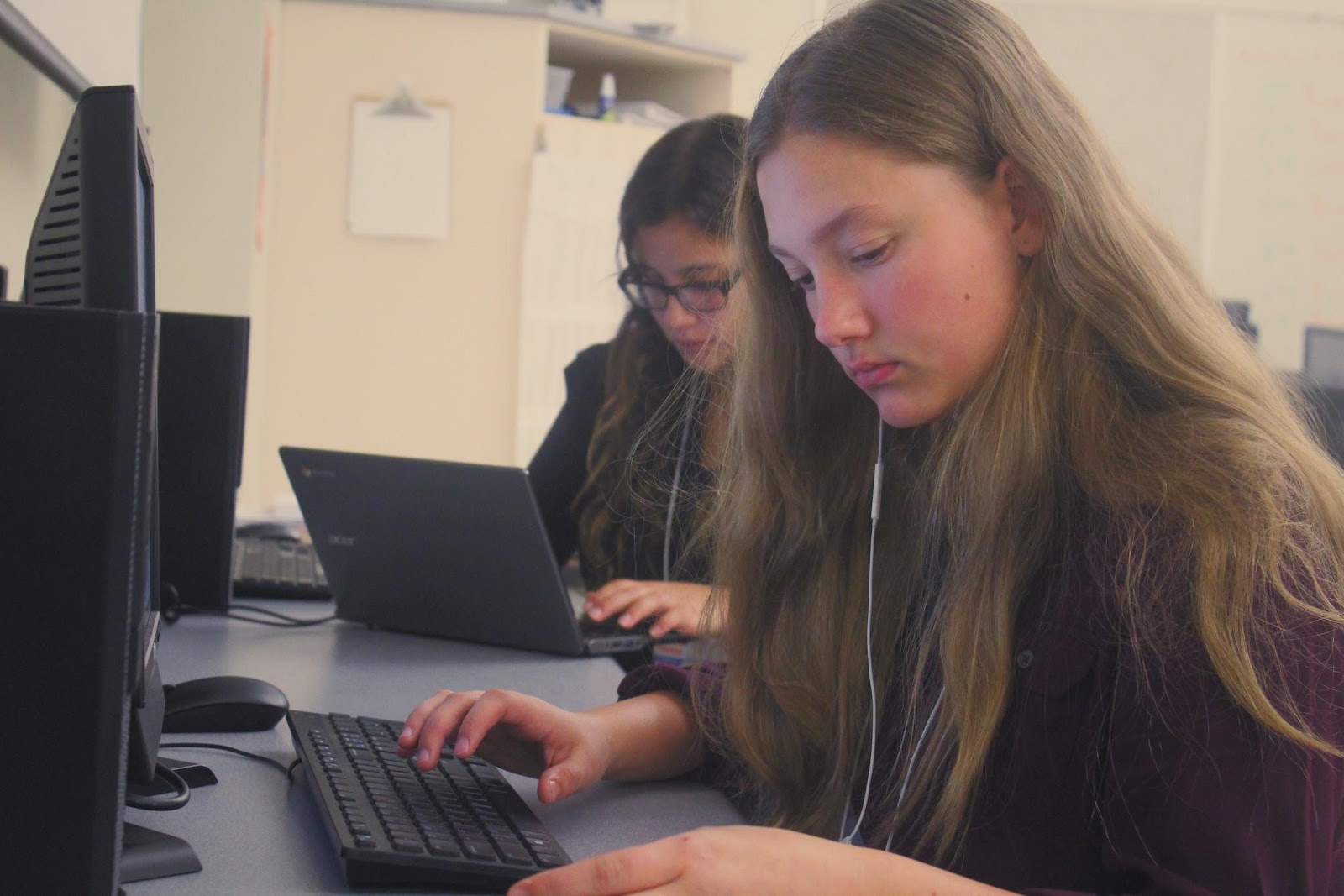 Media and their coverage

Media, has a lot of behind the scenes that doesn’t tend to be addressed however, i believe that with the core Values of the YMCA being to “Inspire. Serve. And lead.” media attempts to cover all aspects of that. They keep you informed in whichever platform of your choosing and also write to encourage others, within that, maybe without even knowing, they end up helping lead a whole community by letting the people be heard and expressing that upon several platforms that can reach just about anywhere now days. This point was proven to me by a statement i heard from a freshman