On May 25, 1787, delegates from all thirteen states gathered to form the Constitutional Convention and to discuss creating a new form of government. James Madison, known as the Father of the Constitution, wrote a draft that he proposed at the beginning of the convention. The men of the convention would then spend the next four months debating over the document and making edits to it. And then, on September 15, 1787, a final version was agreed upon and Jacob Shallus wrote out the final product.

Then on this day in 1787, thirty nine delegates from the Constitutional Convention gathered at Independence Hall in Philadelphia, PA. Starting with George Washington, they gathered in a line and signed a new and revolutionary document that would determine the structure of the American government. The U.S. Constitution was then submitted to the states for ratification. It wasn’t until nearly a year later, on June 21, 1788, that New Hampshire became the ninth state to ratify the U.S. Constitution, making the document official and valid.

“Jacob Shallus, the man that was paid to write the official copy of the U.S. Constitution, was paid $30.00 for his services. Today, that translates to $810.81.” – Charis Maxwell ’20, Fort Worth District 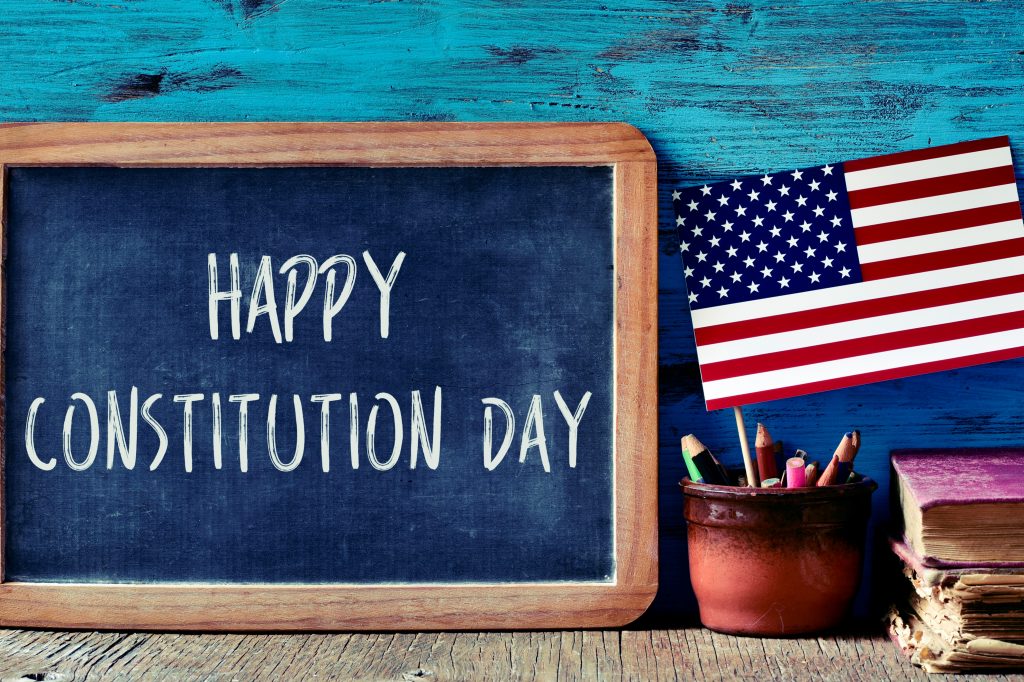