According to the Peterson Center on Healthcare and Kaiser Family Foundation, health spending in the U.S. per person was $10,966 per person in 2019, 42% higher than the country with the second highest per capita spending.

But FreedomCare wants to change that. The bill, introduced by Liberal Arts and Science Academy delegate Harsha Venkataraman in Committee Two, would provide for a single-payer healthcare system that would be paid for with a 0.6% tax on oil revenues in Texas. Under FreedomCare, all Texans would be eligible for the system.

“Single payer healthcare is a system that abolishes all private healthcare, where the healthcare is subsumed by the state, where all costs are cheaper because it is standardized and you have one system paying for all procedures,” Venkataraman said. “It’s a way to drive down costs, as well as making sure everyone has access to healthcare.”

Austin Co-Op delegate Grayson Price agreed with Venkataraman, bringing up the effectiveness of the mode of payment for the bill during debate.

“The bill author has outlined a sufficient way for how they will pay for this bill, and I believe that our greatest investment that we can make is in the people,” Price said. “That’s what this bill does, it invests in the health of our people.”

According to Venkataraman, the price is worth paying for universal healthcare.

“The bottom line is, just like with preventative medicine, if we don’t pay for it now, in the long run, we’ll pay vastly more,” Venkataraman said.

The bill was passed unanimously by Committee Two, but as of the time of this writing, there is no word on whether it will progress to the Joint Committee for vote. 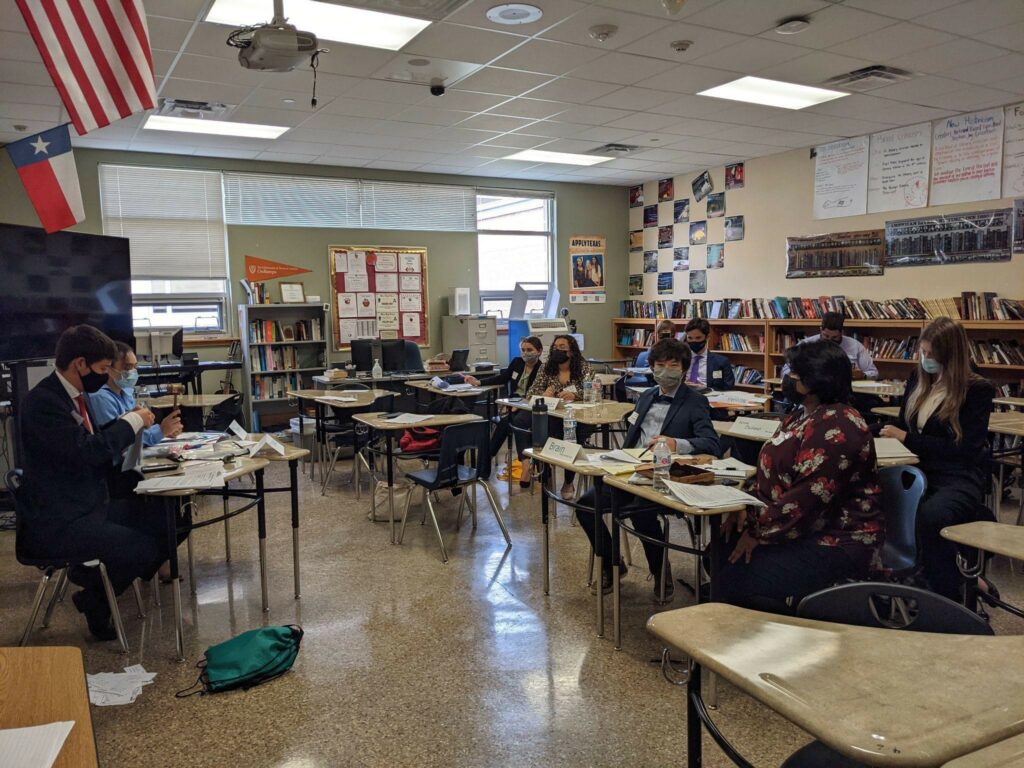 Photo: Participants debate bills in Committee Two. This year, one of the bills proposed was FreedomCare, which would provide a single-payer healthcare system for all Texans.