Democracy in Action: Meet Your Candidates Running for Attorney General

Home/Uncategorized/Democracy in Action: Meet Your Candidates Running for Attorney General

Democracy in Action: Meet Your Candidates Running for Attorney General

A core component of Democracy is elections. This year, two candidates are running for Attorney General at the Youth and Government (YAG) Austin District Conference: Catherine Masey of the Liberal Arts and Science Academy delegation, and Elif Painaik of the NYOS Charter School delegation. According to Masey, she is running on a platform of unity and outreach. According to Painaik, she is running on a platform of organization. If elected, the winning candidate will serve as Attorney General for next year’s conference.

Masey’s proposals include creating programs where YAG members would give presentations to younger students.

“Youth and Government participants [would] create and give presentations to younger students on the judicial process and things like that,” Masey said.

Painaik’s organization-based platform would include giving packets to judges on how to judge and optimizing the system for YAG registration and applications for financial aid. According to Painaik, expanding access to financial aid is crucial.

“I think it’s a shame, especially if a talented attorney or judge—or anyone—couldn’t participate just because of money,” Painaik said.

Voting took place during the conference’s lunch period, where a ballot box was set up that students could place their votes in. The results will be announced at the closing ceremony of the conference, which starts at 4:45 p.m.

Whoever wins, both candidates agree that YAG has given them valuable experience, and wish to continue its legacy.

“I love this program so much,” Painaik said, “and I think the better I can make it for myself and the leaders that come after me in this program, the better.” 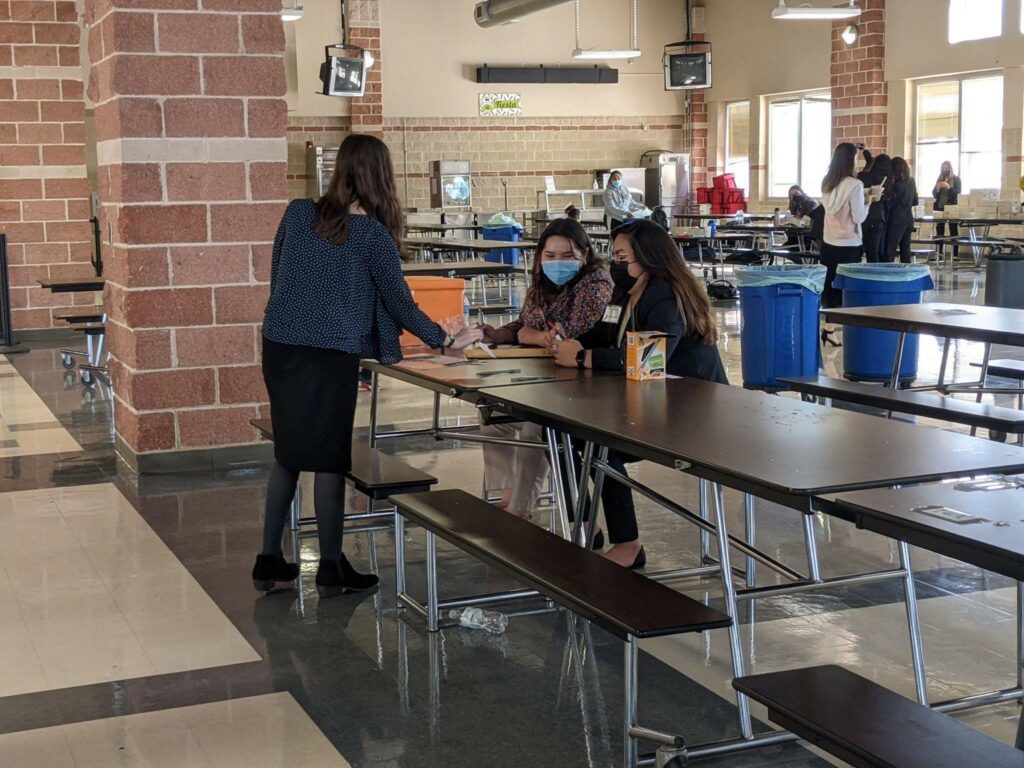 Photo (left): A participant casts a vote during the lunch period of the 2021 Youth and Government Austin District Conference. This year, participants voted for one of two candidates running for Attorney General.