Last week, two of our Texas YG students visited Washington D.C. to advocate on behalf of the YMCA. We are proud to share that Diomarvellous Nsofor (Houston) and Grayson Winchester (Ft. Worth) represented Texas in this opportunity! They spent several days sharing their passions through advocacy and civic engagement at a national level.

Each year, Youth and Government programs across the nation participate in Y-USA’s National Advocacy Days. Youth Advocates meet with legislators to discuss Y-USA’s legislative priorities. This year, Diomarvellous and Grayson advocated for funding for 21st Century Community Learning Centers, which create academic enrichment opportunities for school-aged children, and support for drowning prevention campaigns across the nation. 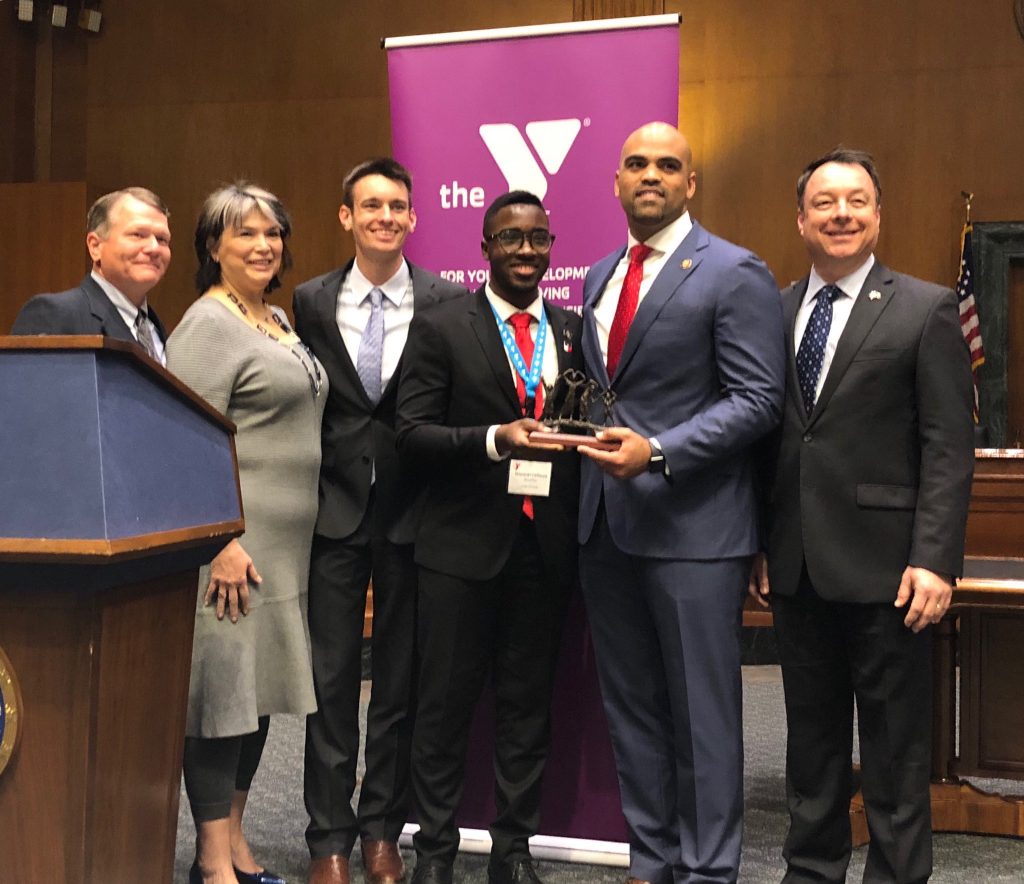 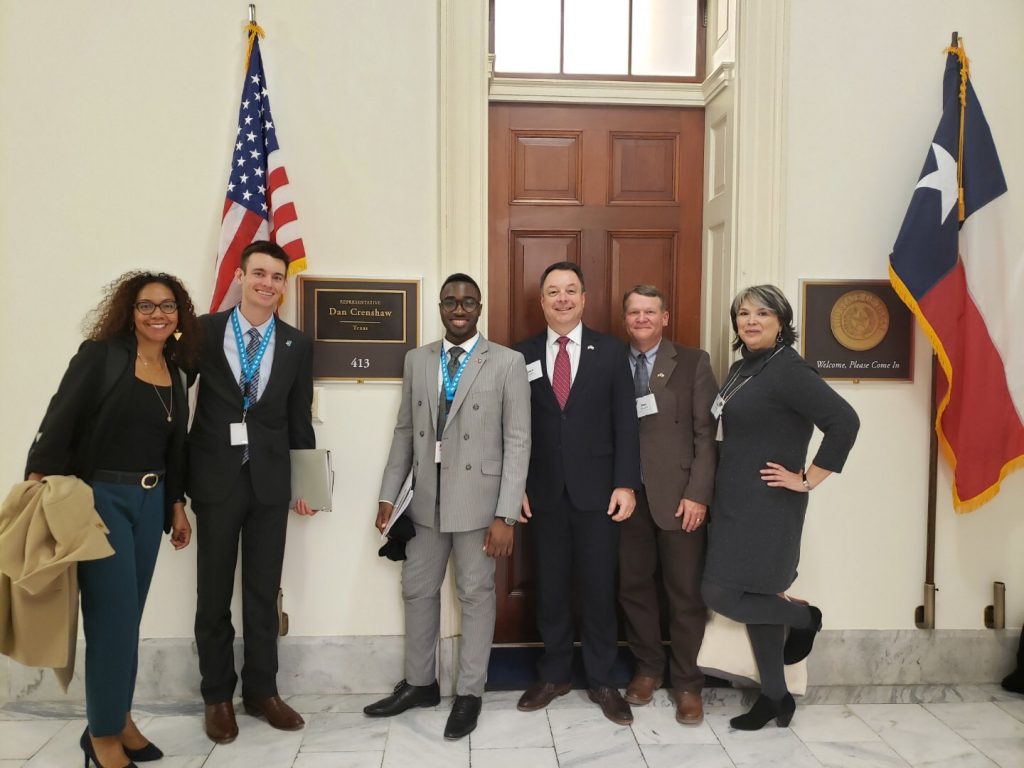 Meeting with the office of Rep. Joaquin Castro 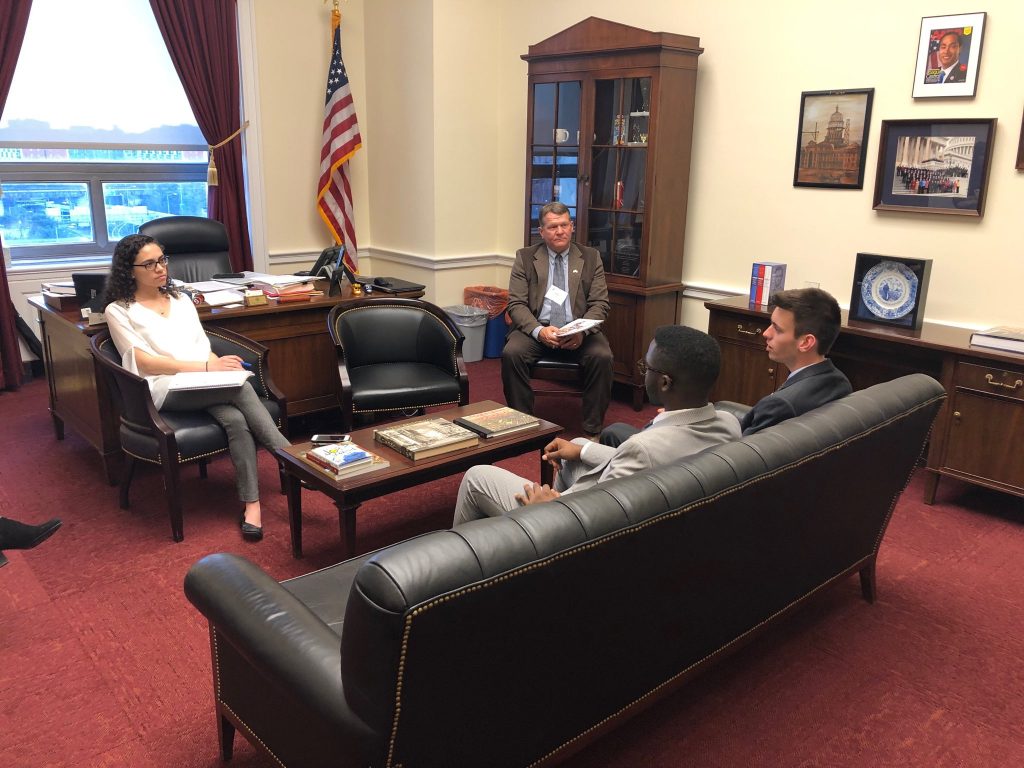 Rep. Olson made Dio and Grayson pinky promise they would never run against him for office 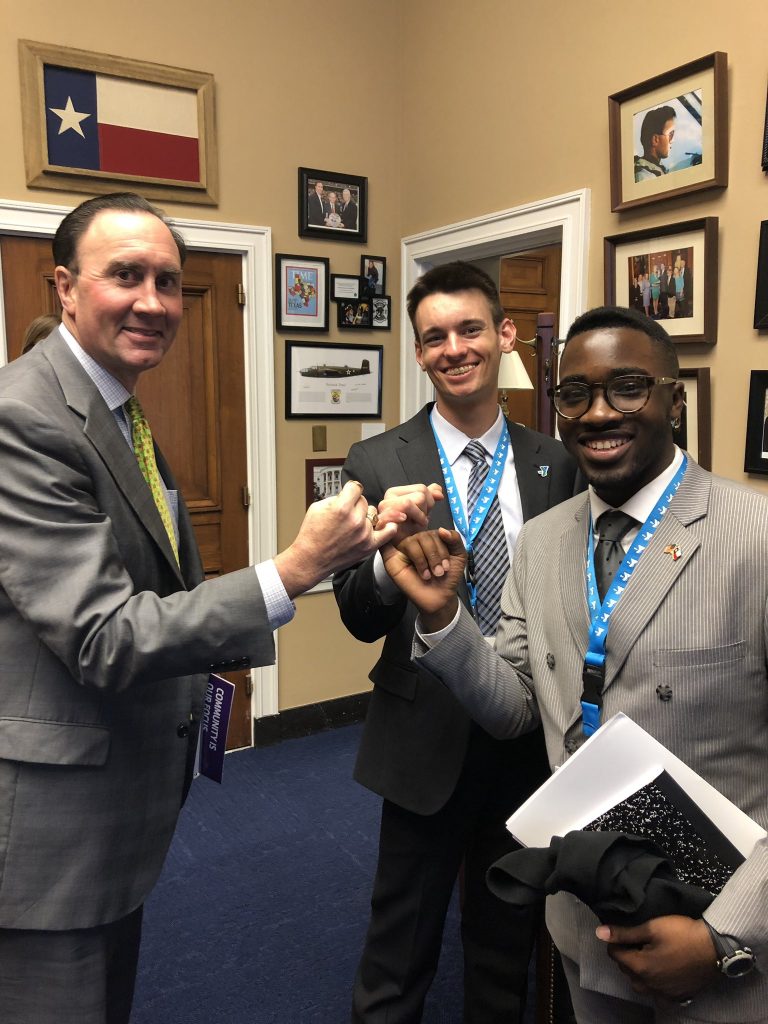