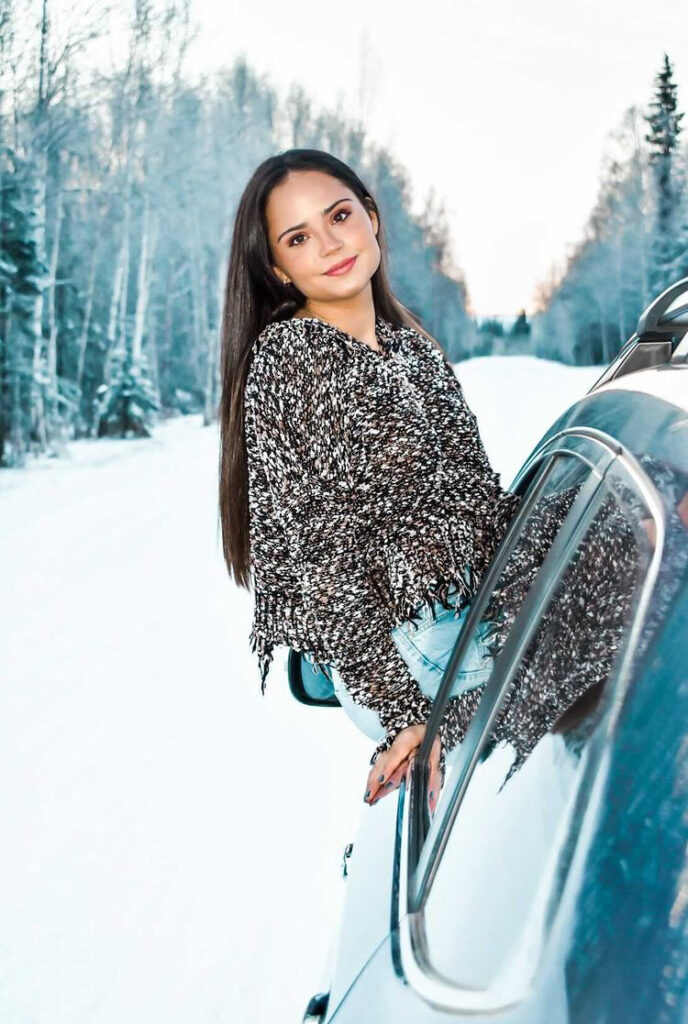 When Kalea Roach joined Youth and Government (YAG) five years ago, she could not have imagined that she would one day campaign for Governor. As a first-year Legislative delegate, Roach was intimidated and unsure of herself. However, as Roach gained experience, she began to surpass her own expectations. Years in Youth and Government helped build Roach’s self-confidence, and she is now proud to give back to the program.

“My confidence has grown tremendously since my first year, so much that I am about to literally be giving a speech to every other delegate at the conference,” Roach said. Although Roach did not start out

confidently in YAG, she held a consistent passion for government that drove her dedication.

Roach joined YAG after following her sister to a club practice and observing her first debate. “My sister had been in Legislative for several years, [so] I was attending YAG practice out of curiosity,” Roach said. “I remember everyone was debating back and forth, but no one was getting angry and it was all so cool and polite. I was like ‘I need to be in this program.’” Roach decided to enrol in a YAG Workshop, where she tried out the Legislative section for the first time. “I just knew that it was for me because I loved writing bills that [made] a difference,” Roach said. However, Roach soon discovered that debating at conferences was much more challenging than in practice.

“I was so overwhelmed my first year because I did not expect everyone to be that professional and intelligent,” Roach said. “I was that delegate that was hesitant to voice my views and opinions because I was so intimidated by everyone else.” Roach eventually realized that this was a universal experience for new delegates, and it was normal to struggle with a learning curve. As she continued to practice and attend more conferences, Roach witnessed a profound improvement in her skills. After a couple years, she felt confident enough to oversee Legislative proceedings as a Committee Chair and Clerk.

“Two years ago, my Chair and Clerk team was recognized as Distinguished Chair and Clerk,” Roach said. “It was a moment where I saw how much I had personally grown…and I was very excited about that achievement.” Placing at District gave Roach the confidence-boost needed to campaign for Speaker of Hyde House last year.

“I didn’t win Speaker, but I learned so much from the campaign process,” Roach said. When Roach first campaigned, she had the opportunity to walk up to delegates at the conference and introduce herself in person. However, she wished that she had taken advantage of this more. “I didn’t get to know enough people personally, which didn’t help my campaign,” Roach said. “So, I learned that I needed to be unapologetically myself [and] not hold back anything. I just needed to go for it.”

Despite the setback, Roach was not discouraged. The lessons that she learned from her previous campaign made her more prepared than ever to run as an at-large candidate. “I have always been inspired by the leaders and officers that we had in the past, and they really motivated me to keep trying and putting myself out there,” Roach said. “I decided to run for governor because…I want to represent the voices of delegates.” As someone who was once too afraid to speak up, Roach knew how important it was to advocate for other YAG participants. “I want to be that voice for others, someone [who] will listen and recognize problems and then be able to find solutions,” Roach said.

Throughout her time in Youth and Government, Roach has developed into a confident and effective communicator who embodies the qualities of a leader. She feels that her candidacy represents the culmination of her hard work and persistence over the years. “I never would have thought that my name would be on a ballot, but it shows how much I’ve grown,” Roach said. “My advice to first year members is that everybody starts off that way and it’s okay to feel nervous. But, you can stand up to voice your opinion. It is wanted and it needs to be heard… If you have the confidence to put yourself out there and be unapologetically yourself, it will pay off.”