YMCA Youth and Government provides an environment for students to become more aware of issues surrounding them and gives them a chance to expand on their existing skills with an exclusive experience. The club has been active since 1946 and has strived to educate its members that “Democracy must be learned by each generation.” The program has affected many members, with some coming out of it with improved skills, new friendships, and a greater view of issues surrounding Texas.

“My favorite part of the club is by far the people,” says Annika Singh, a sophomore and long-time attendee of Youth and Government. Singh reminisces about her past experiences with the organization. “The club has changed my life; it has opened up so many new experiences for me and has caused me to meet people I’ll never forget.” As she walks down the halls of Akins High School, she begins again, “I just have never experienced something that has connected me with so many people and allowed me to really shine.”

Youth and Government has over 25,000 involved students across the state, their backgrounds varying all over Texas. The program has forged one of her longest-lasting friendships. “I’ve met so many friends who I never would’ve met,” she says. Youth and Government currently hosts 40 state programs, ranging all over Texas. According to the program’s website, www.ymcatexasyg.org, there are also 3,300 volunteers and advisors. 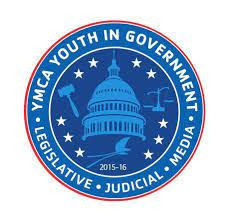