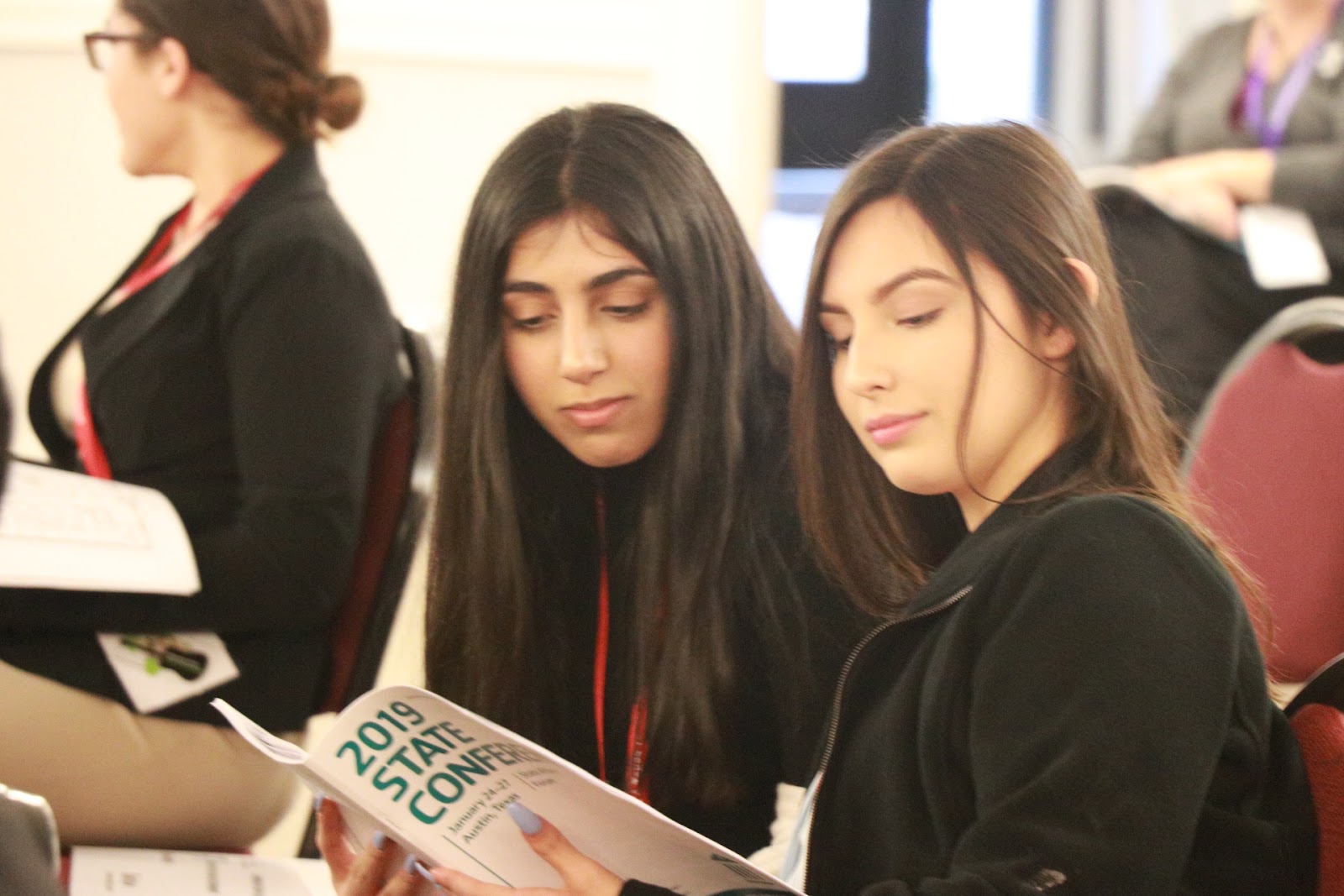 Greta Romero and Amanpreet Chahal preparing for their State Affairs Forum proposal on banning private prisons. Both are first year participants from the Forth Worth delegation who seek to convince other delegates that the criminal justice system needs immediate reform especially in the area of for profit private prisons. 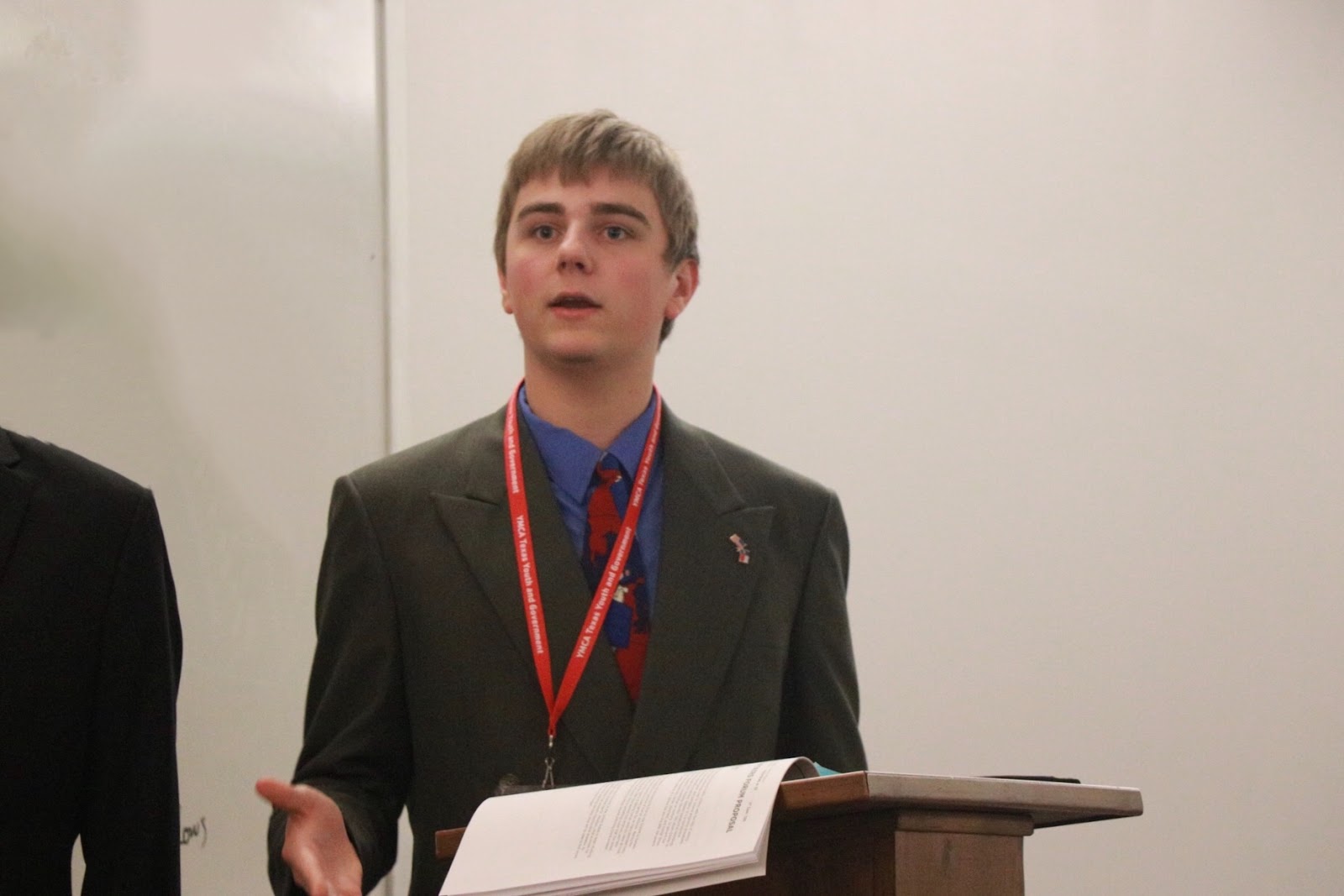 Delegate Benjamin Tolson answering non debatable questions on his proposal to stop drug smuggling in the South Texas border. Tolson faced Con speakers that doubted his proposal but Tolson managed to remain firm and was able to defend his proposal through evidence. 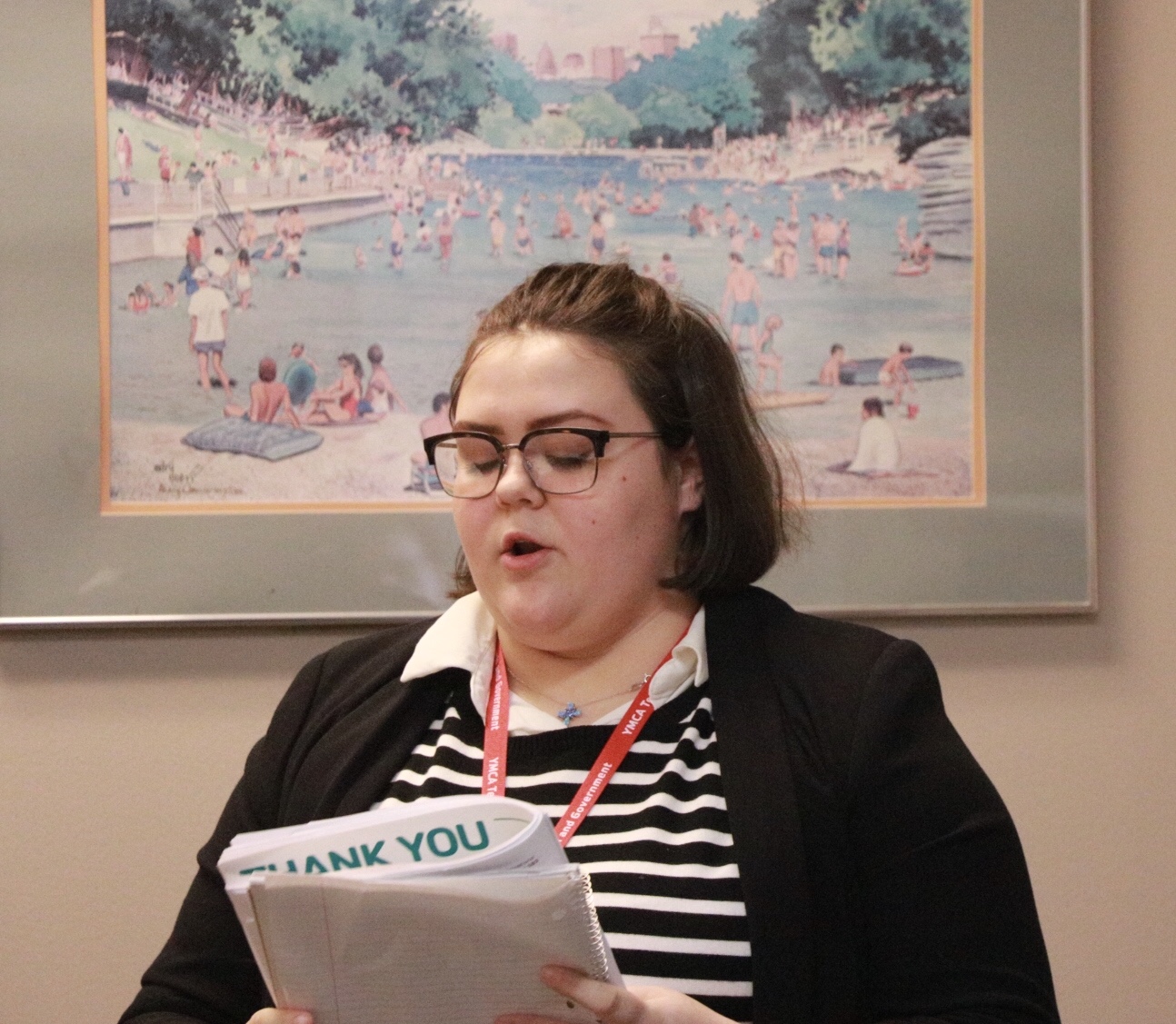 Delegate Faith Harlan presented her proposal against discrimination based on sexuality in the workplace. Harlan brought evidence from two well known universities across the nation including the the University of California Berkeley and the University of Texas at Austin demonstrating that LGBT discrimination is at a high rate not only in the workplace but also in their daily lives. 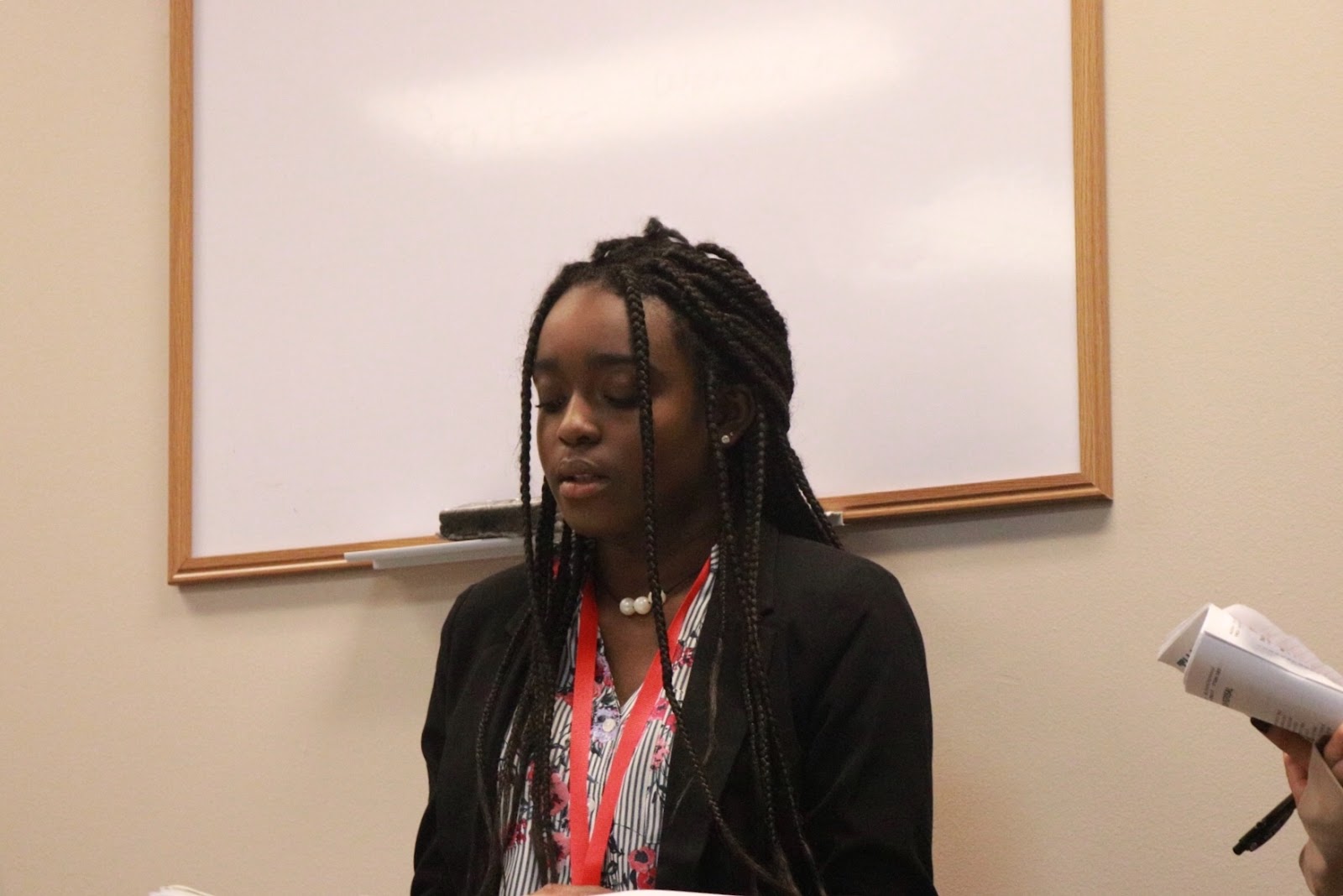 “LGBT rights matter, “ saod delegate Olivia Olatunji, as she gives her pro speech against discrimination on the LGBT community in the workplace. This delegate made it clear that she supports the need for greater consequences to those who break the basic human rights of those in the LGBT community. 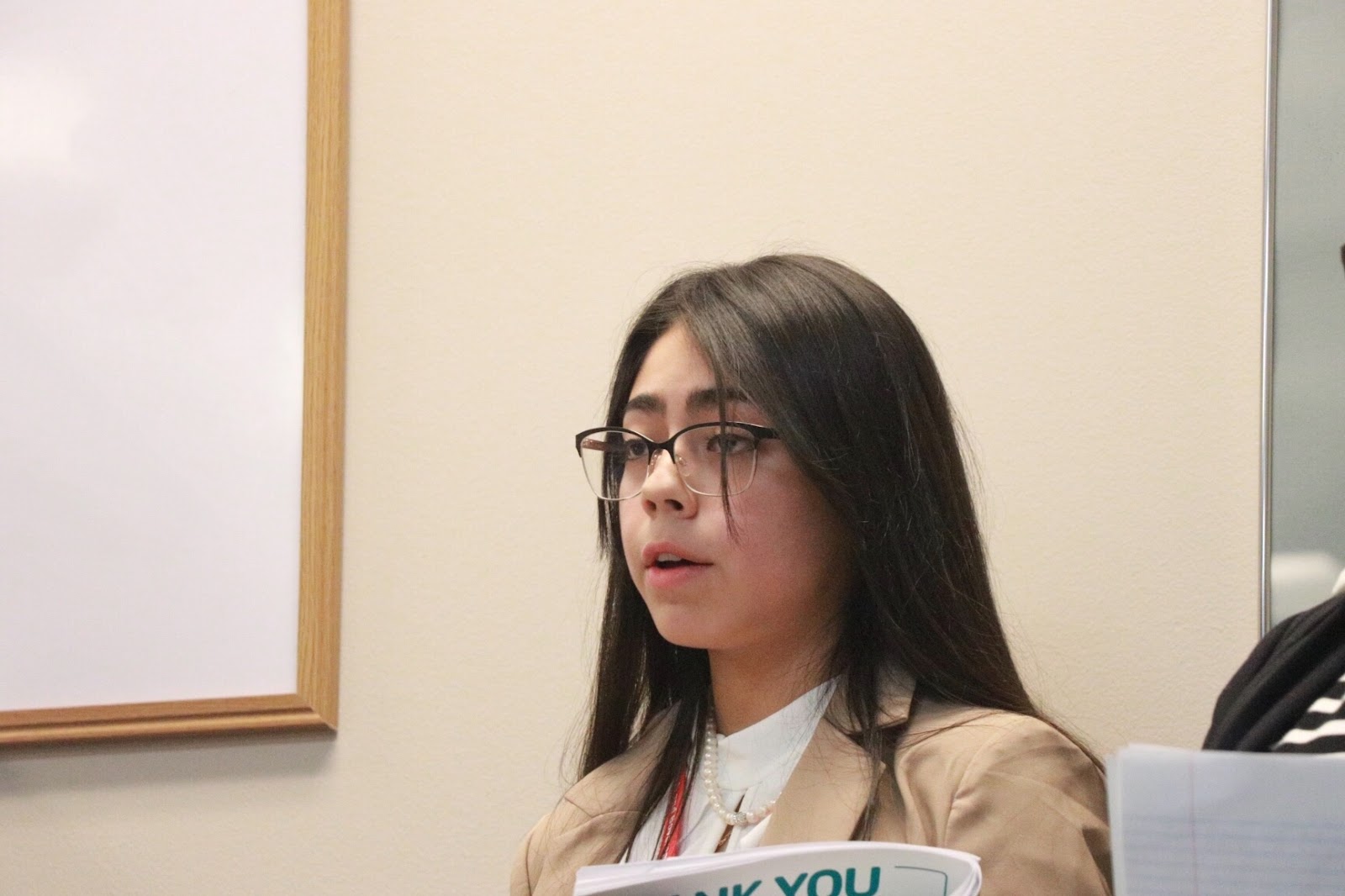 “One step closer to equality,” Ashley Calderon said, as she presents her proposal towards banning LGBT discrimination in the workplace. Calderon made it clear that although she might not be able to change people’s mind she knows that “little by little she will one day.” 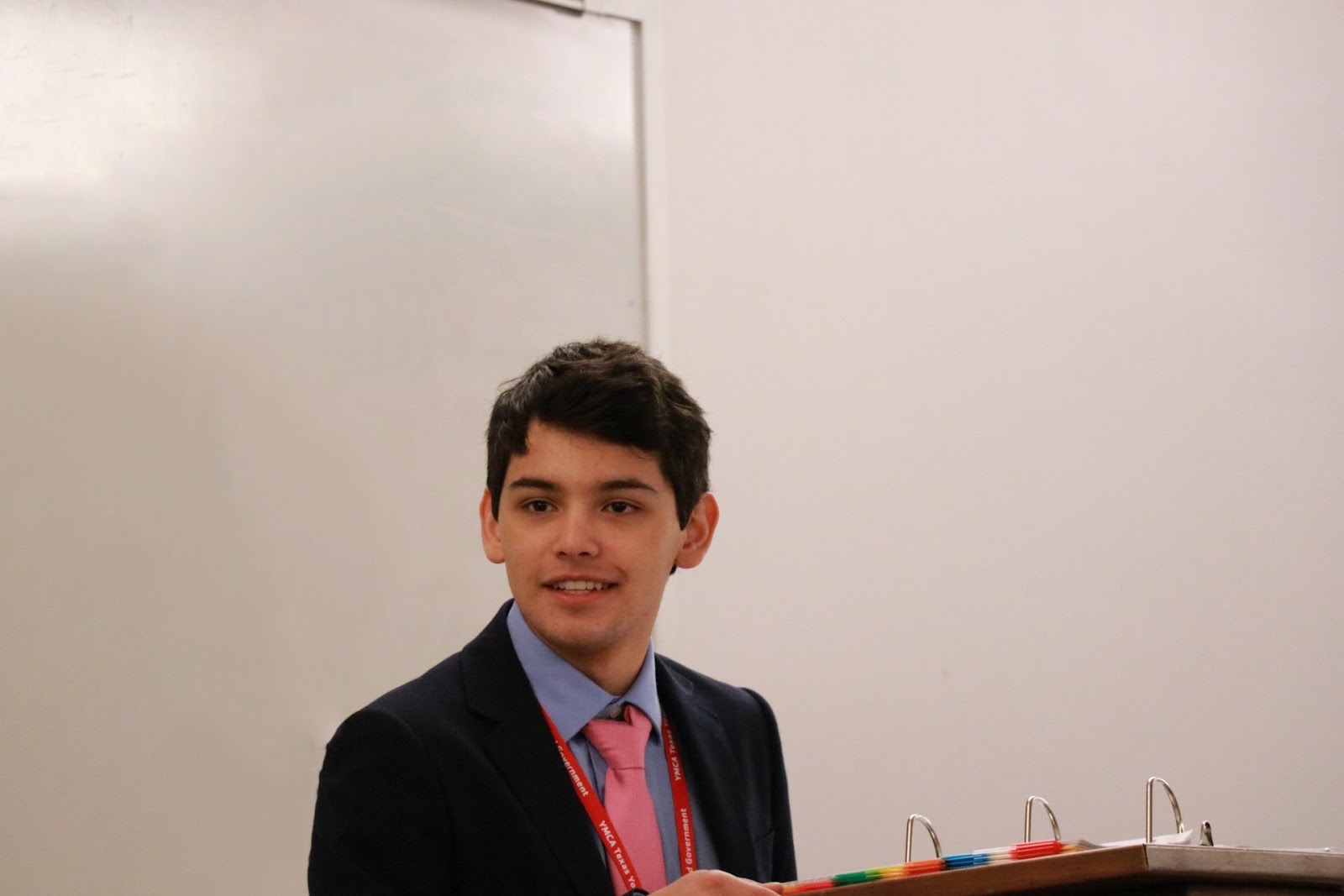 Delegate Moises Garza presenting his proposal on tackling the growing concerns of obesity rates in Texas. Garza demonstrated his key concerns regarding the rising rate of obesity in Texas. He also gave ways of providing aid for this dire situation. Though he faced some cons he remained determined to provide concise facts and examples to bring more awareness to this matter. 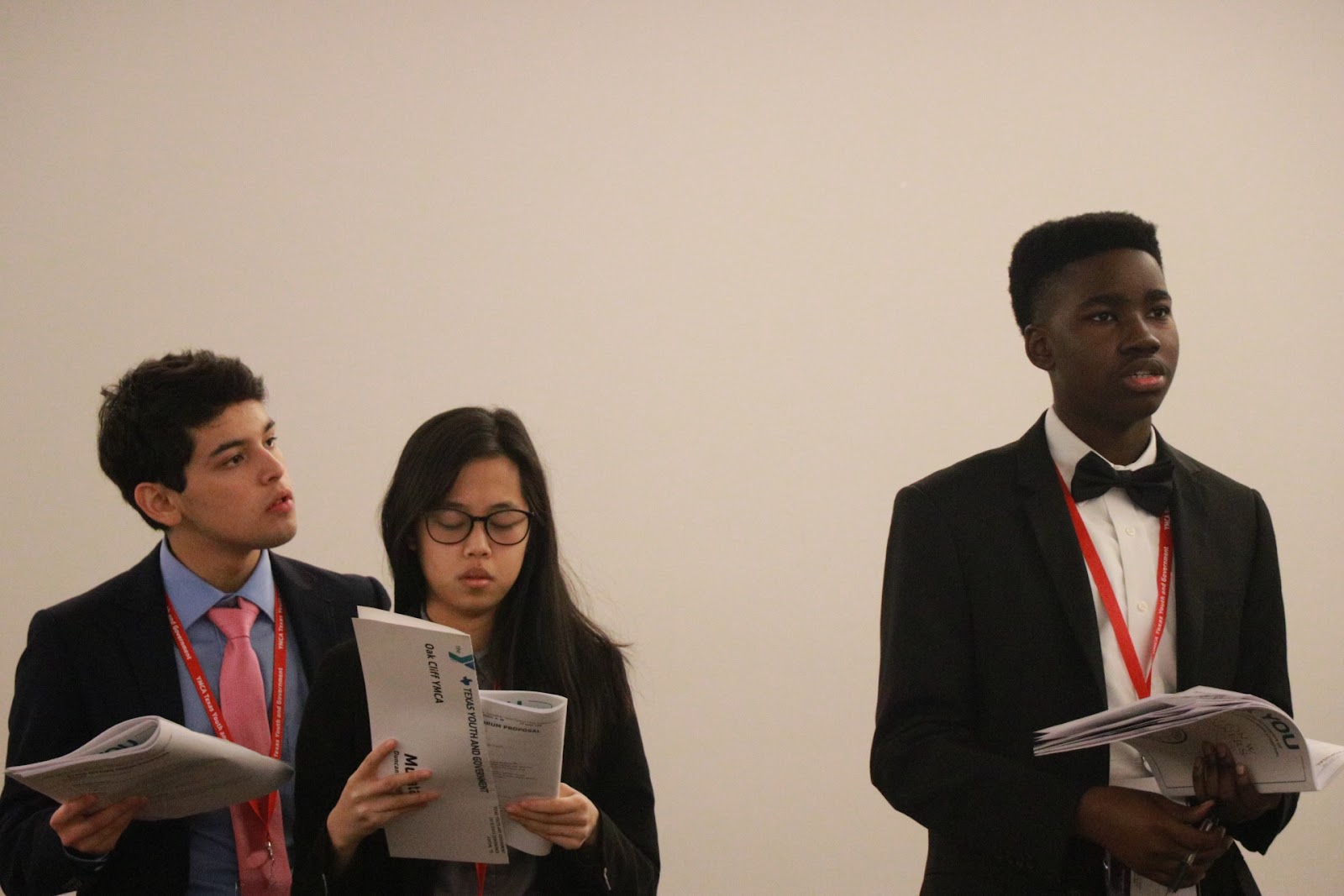 Delegates asking non-debatable questions for Greta Romero and Amanpreet Chahal’s proposal on banning private prisons. Many delegates were concerned on where the funding would come from for the prisons and others were concerned on how the prisoners would be transported from prison to prison. 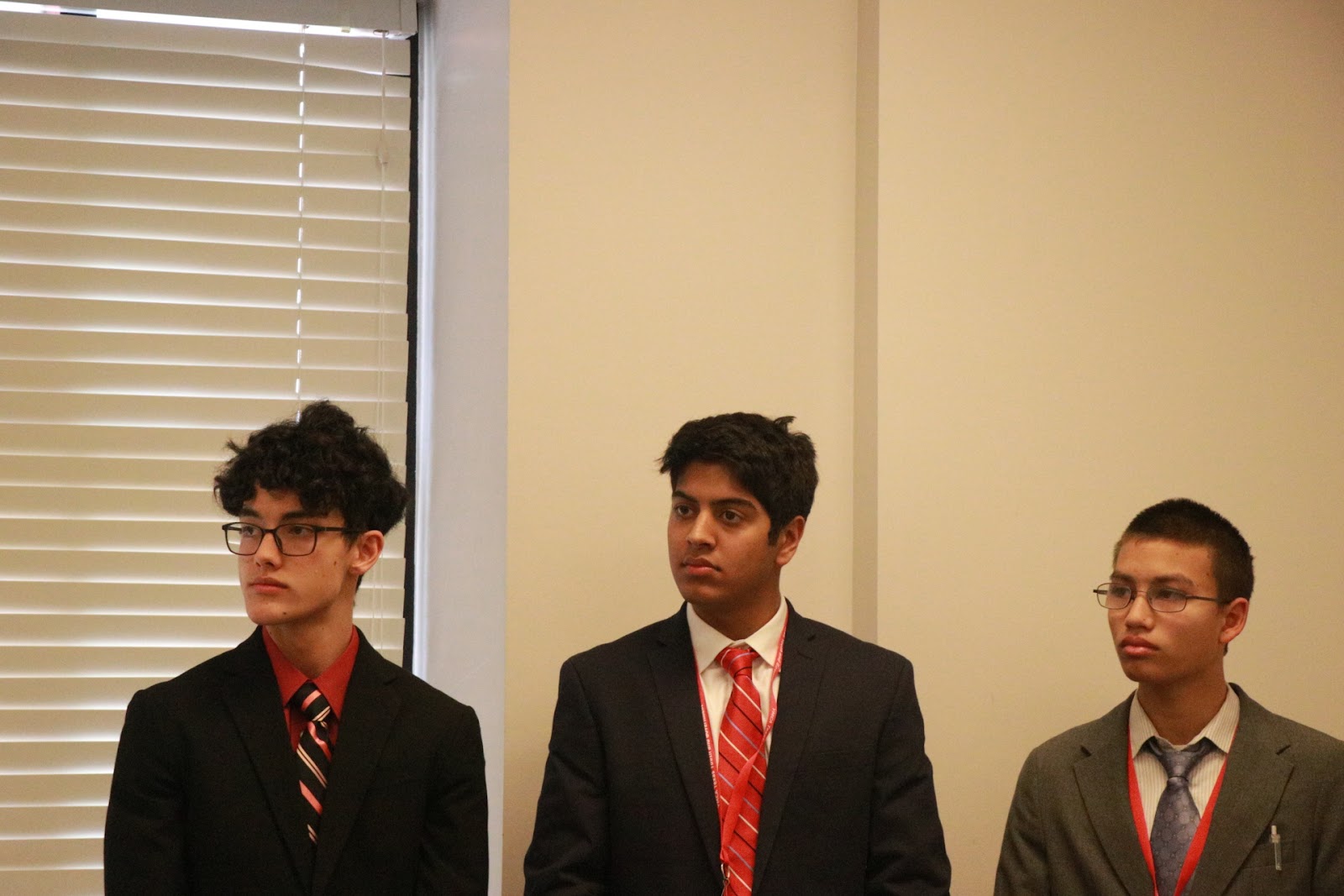 Delegates  Zach Plyer, Amr Kinnare and Kaza Nawrocki are shown presenting their proposal on space exploration and the creation of the Space Force. Many delegates seemed to be hesitant about the idea, but the Author’s managed to convince the delegates in the chamber. 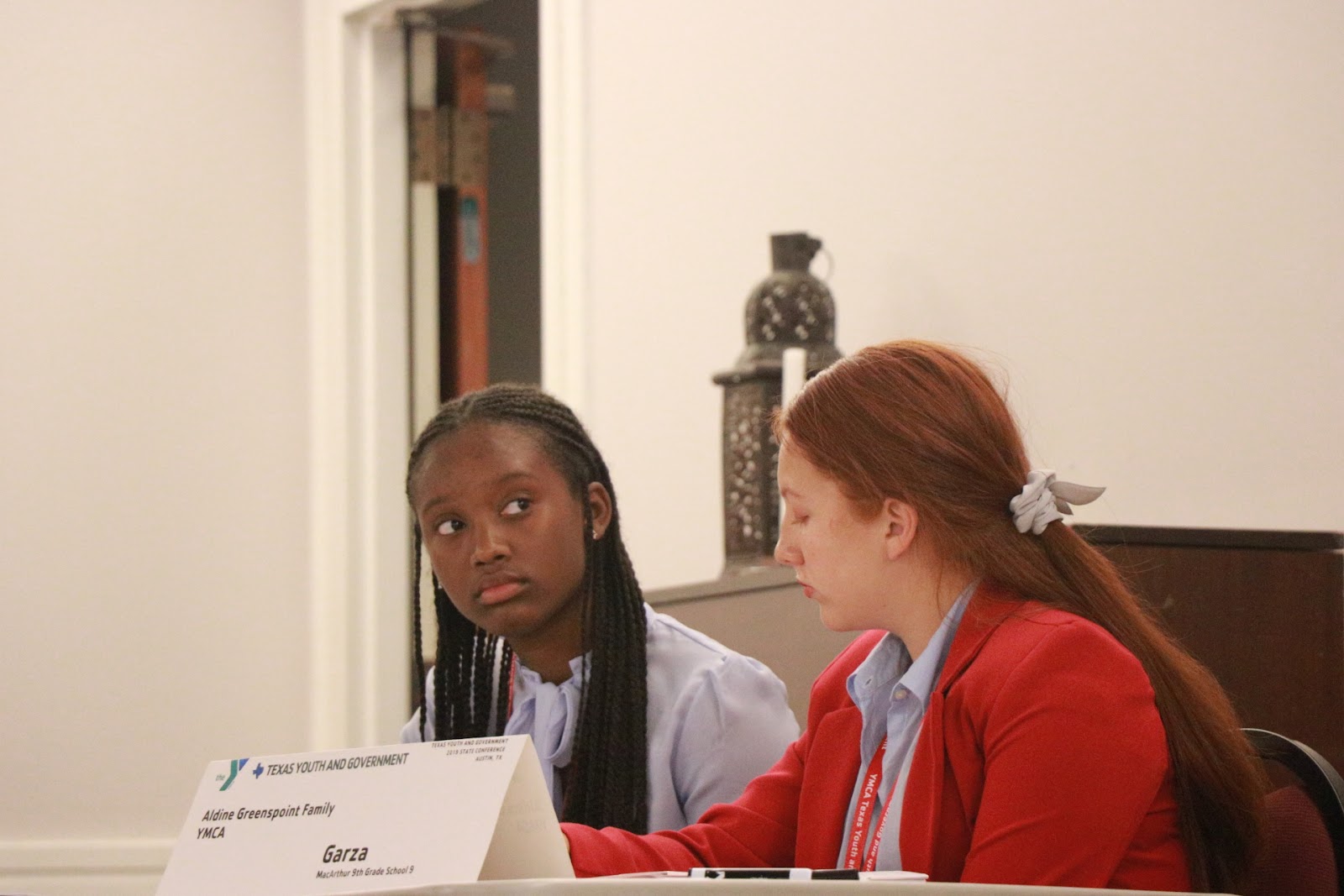 Chairwoman Garza and clerk Callaway aiding in the presentation of proposals. Though chairman Nsofor had to leave early due to a meeting in the Capitol, Garza stepped up and took his place. 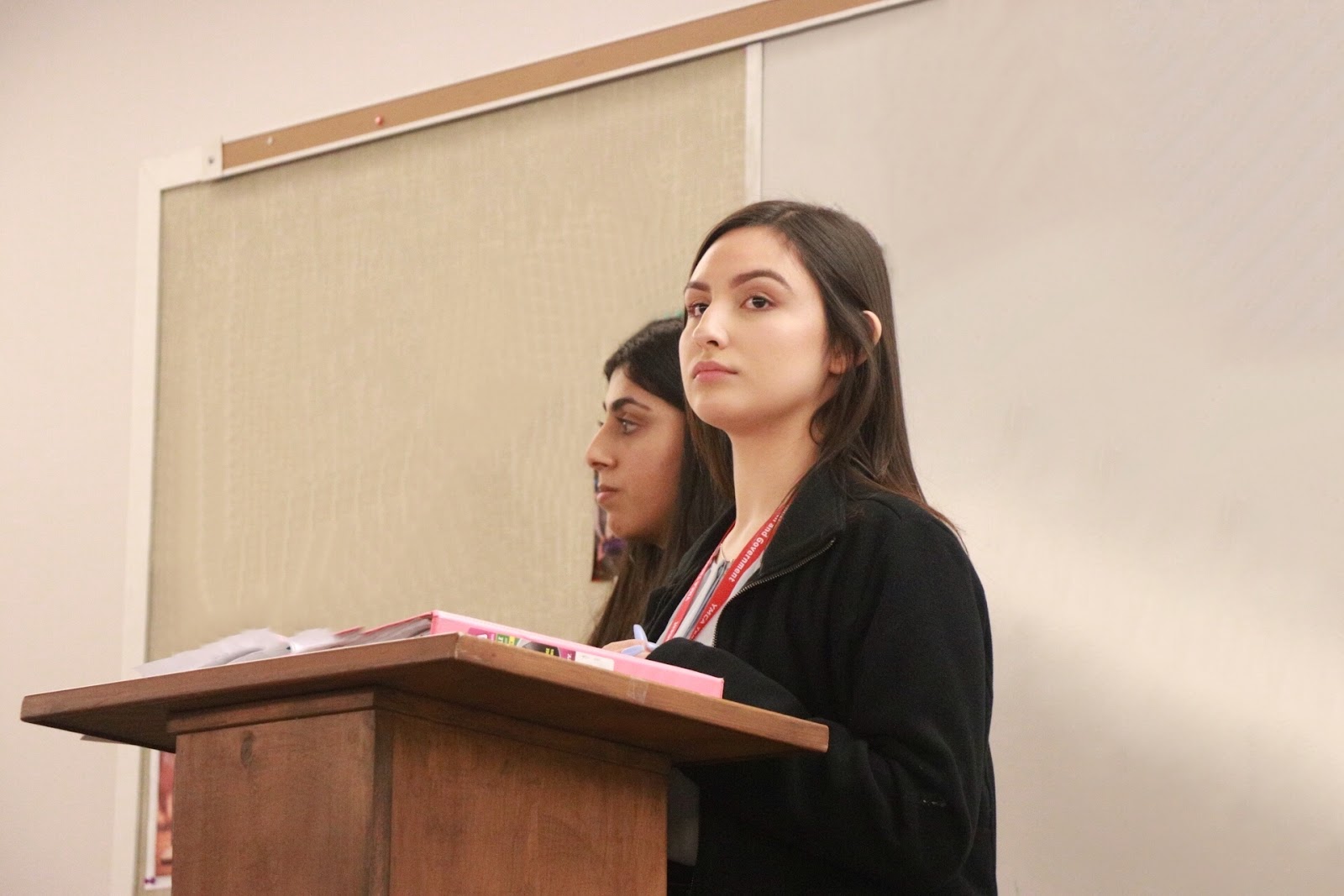 Delegates Greta Romero and Amanpreet Chahal are seen presenting their proposal on banning for profit private prisons. With their use of evidence supporting the problems that arise with the privatization of prisons, these two delegates captivated the audience.