A collection of photos explaining how Youth and Government is an impactful and pertinent organization that raises and trains the leaders of the up and coming generation. 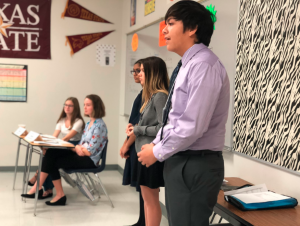 Delegate Victor Falcon speaks on behalf of an amendment he proposed for Delegates Sheridyn Campos and Delegate Nirupama Balaji’s forum proposal “to aid high school students struggling with mental illness” by implementing a Mental Health Wellness Awareness Week each year. While Delegate Falcon from Hays High School believes that the proposal is “imperative for mental well-being,” he suggested that this week should take place on a monthly, rather than annual, basis. While the authors denied his amendment because such action would be too costly, the proposal was still passed during this practice round. Falcon elaborates that he enjoys participating in Youth and Government because of how it is “really fun to hear and see everyone’s hard work” as well as the experience he can gain for future endeavors. 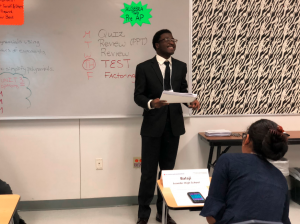 Delegate Chance Hall from Delle Valle High School speaks on behalf of his proposed bill for minor protections against conversion therapy. Hall chose to write this bill because he believes “conversion therapy is just a big form of torture” and that we would have a “better society” without such a practice existing. Several Delegates agreed with hall in saying that this practice is “outdated and extremely hurtful” (Delegate Parks Austin High) and “counter-productive” (Delegate Jamail Hays High School). One delegate stated that while such programs are harmful, it should be up to the parents’ discretion. Hall responded with the idea that under certain circumstances, this is understood, but under no circumstances should minors be forced into this specific type of so-called therapy. This form of competition under Youth and Government is exposing these students to real-world issues and allowing them to take a stance that betters our community. 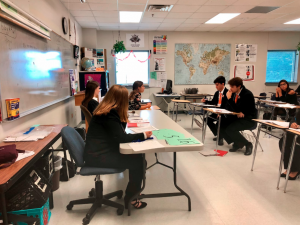 Judge Rinehart has been participating in Youth and Government for three years now. After being a witness and then an attorney, Rinehart chose to tackle the role of judge this year in order to receive well-rounded experience in the different positions of the court. This year’s case involves an intoxicated manslaughter, in which all trial participants are able to evaluate serious and applicable scenarios. Rinehart’s role serves mainly to maintain “order in the court,” however, she explains that all of these experiences have given her “opportunities to expose herself” to fields of interest. Youth and Government provides many students who are “interested in law” to figure out if this is actually a career path they would like to take while being able to delve into their positions in a safe environment. 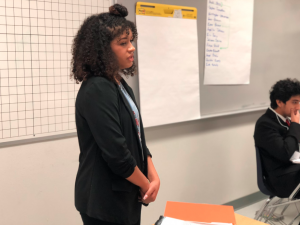 Delegate Johnson from Fox Tech High School gives her closing authorship speech for her bill for the Improvement of Immigration Detention Center Living. Johnson explains that there is a lack of opportunities for immigrants in Texas and urges the introduction of some form of education to better their lives. While there was some push back due to the funding for the bill, Johnson still stood firm that on top of giving them educational opportunities, these people also should have the right to quality food, water, clothing, and other basic needs. Johnson states that immigrants have come to America in hope of a “dream that they knew people say America has,” and this dream should not be suppressed. 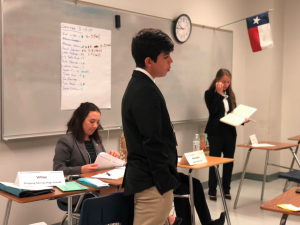 Delegate Tyler Hauger  speaks on behalf of Delegate Lily Sethre-Brink’s act to legalize sex work for legal adults. Hauger agrees that this act would “decrease STDs because of crime” of rape and sex trafficking as Sethre-Brink elaborated has been proven through a UCLA study. They advocate for this due to it being and individual’s right to use their body as they choose this regardless of the controversial opinions that exist on the issue. Hauger explains that he chooses to participate in Youth and Government because he wants “to go into politics in the future” and “it’s incredibly fun!” 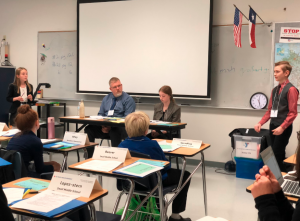 Delegate Elias Reyborn from Clint Small Middle School proposes an amendment to Delegate Cali Reever’s act to propose protecting the migration paths of monarch butterflies. Rayborn suggests to amend line 7 of the bill in order urge against using pesticides for the milkweed that would be planted. Reever accepts this amendment and moves to her closing speech. She explains that “monarchs are amazing creatures (that) deserve to stay” and, therefore, she urged “all of (the delegates) to vote for this bill.” The chamber voted and her bill passed. 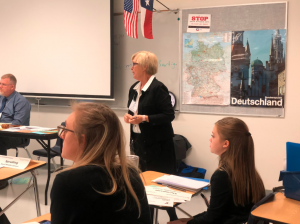 In Junior Youth and Government, these students are introduced to the rules and guidelines of the competition for legislature. The students first learned how to enact in basic debating through simulation before moving on to more complicated topics such as points of order. Students are openly allowed to ask questions about the guidelines in this environment. When responding to whether or not you can vote on your own bill, the teachers explain that you most definitely can and that you can even “vote against your own bill if you do not like it anymore” possibly due to an unwanted amendment. 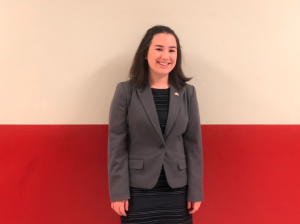 Addie Mae Villas has been involved in Youth and Government for three years now and is a very dedicated member. This year she chose to run for Governor due to her passion for the organization and will to “change the status quo” of Youth and Government. Not only would she like to be the first female Governor since 2010, but, she is urging the integration of schools and throughout these competitions. She has this grand idea for a new form of Youth and Government that forms long lasting friendships while preparing for future careers. 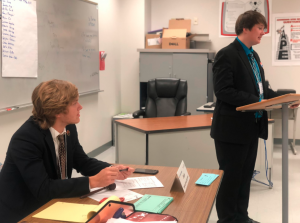 Delegate Griffen Smith is preparing for his role as chair of his chamber while others are discussing what Youth and Government has to offer past the district level. Smith explains that his role is to “run the round,” make sure each delegate gets proper precedence, and that the round is carried out properly. 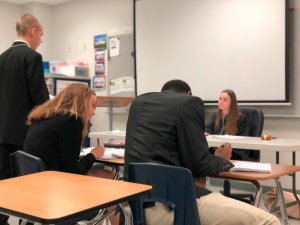 In this court, Daniel Springer is representing the State of Texas (appellent) against the appelle, Cameron Shepard who was accused of intoxicated manslaughter. In this round Springer gives long and elaborated speeches about this case and specific facts that references several other cases in order to come to a conclusion on this case. The Judge questions each side in order to draw out certain holes in each argument. For example, Springer suggests that “Officer Cole was able to remember certain facts” in which afterward the Judge explains that “law enforcement officer factual observations on DWI cases” are not accepted by the hearsay rule. All participants hard work shown through in this detailed round that is truly giving them real-life experience for any sort of career they would like to pursue in this realm.